An earthquake like no other
Ironic really. While, in eighties France, the surge in contemporary dance revolved almost entirely around the discovery of the American pioneers - from Merce Cunningham to Trisha Brown and Lucinda Childs -, a meteorite was to blaze a trail across the ether of our own certainties and smash into smithereens all the stereotypes that sought to do away with classical ballet. To add to the irony, the meteorite in question came from New York but had already been living in Germany for ten years when his name appeared in the French press, hailing him as successor to George Balanchine. The press, waxing lyrical, was taken by storm, and in the summer of 1998, the following title appeared in Libération  : Forsythe, l’évidanse. Brigitte Paulino-Neto, still reeling from the shock, penned the following article: “And choreography’s Richter scale registered an earthquake like no other. And we knew, instantly, that this 38-year-old American had just made a clean sweep of all that came before him. And that from now on, nothing would be the same again in dance. And that despite coming after the Balanchine heterodox, Cunningham and his Copernican revolution, Karole Armitage’s choreographic escapades, Trisha Brown, Bob Wilson and Richard Foreman, what he brought us here was nothing short of being entirely new. As dance goes, this was totally unexpected, unprecedented, unseen, capable of plunging the spectator into pure delight. For, intelligence sweated from every pore of this sense-filled dance. The body took on meaning, backed up by the hieroglyph choreography. A potent reminder that beauty is still within our reach.”

From then on, the desire to know more about him and to see his shows has never ceased. In no particular order, they form memories crystallized in the mind by the marvel that all discovery engenders, its permanent place in our existence, and irrefutable persistence of vision: Artifact, Impressing the Czar, Enemy in the Figure, In the Middle, Somewhat Elevated, Limb’s Theorem Quintett...  My experience of each piece is akin to a bout of Stendhal’s syndrome: bedazzling, blinding, an explosion of our jumbled-up senses. Meaning, given over to beauty, and speed, is pulled in all directions, irresistibly so. Plunged, as we are, into either intense darkness or garish light, we are confronted with a hullabaloo-like stage set, its various elements divested of all convention in order to integrate the piece’s dramaturgy, and blend seamlessly into its movement: impromptu opening and closing of red curtains, man-handling of stage lights by the dancers themselves, and masterly coupling of the energy of the moving bodies with the music. The latter forms an intrinsic part of the choreographic revolution unfurling before us, the fruit of the encounter between William Forsythe and Thom Willems, the Dutch composer... And then there is the dance. A visual maelstrom that conquers all in its path via its prodigious reinvention of classical dance vocabulary, contaminated by the dance forms of the age: breakdance, funk, afro, and the musicals. It is also ferociously contemporary. For William Forsythe, such an approach is inevitable: “I’m an American, born on Long Island. I live in the era of the atom bomb, pollution, and Aids. This the age of stress, violence and computers. Is it really the right time for telling fairy-tales and aesthetic over-indulgence?” (Libération, 1989)

“For me and my girls..”
Born in New York in 1949, he discovered dance at a very young age, “on television, when I was five or six years old. Especially rock and roll, and Fred Astaire movies. There was this really popular show called American Bandstand, with rock hits on it every afternoon, and my cousin Barbara and I would spend the whole afternoon dancing. When I was around fifteen or sixteen years old, I used to do lots of music-hall choreographies, for me and my girls...”, he confided to Le Monde in 1988. He then followed the classical route, but in fast-track mode, the mark of someone with talent and no time to waste: he attended classical dance lessons at university and was immediately spotted by his teacher, who then incorporated him into his ballet. Still at the tender age of seventeen, he then shaped his first ballet two years later, before being accepted into Chicago’s Joffrey Ballet and then at Stuttgart, where he went on to become principal choreographer from 1976 to 1980. Following this, he went freelance and created works for the opera and ballet in Munich, Berlin, Frankfurt, New York, and Paris or the Nederlands Dans Theater. This sense of dispersal and openness to perpetual movement remained with him, even on becoming the artistic director, in 1984, of the Frankfurt Ballet. He has established a long-term relationship with the city and still lives there, bringing his directorship of the Ballet to an end in 2005 in order to start up his own company there.

“Welcome to what you think you see”
This phrase, which says so much about his approach to dance, is often repeated, to mantra-like effect : “The vocabulary never ages, it never will. It is the writing that becomes dated. I don’t ask myself whether or not I am a “classical” choreographer. It’s just that I’m more at home with classical language. It gives me an alphabet which I can just as easily use to write stories for today’s world.” Reflections and practices such as this are also derived from the authors which have nourished his creations: Robbe-Grillet, Gilles Deleuze, and Michel Foucault, but also Libeskind, the architect, and Rudolf Laban, the German movement theoretician. The principles developed in Laban’s book Choreutics on spatial patterns and the possibilities of human movement are, in Forsythe’s work, attached to Merce Cunningham’s exploration of de-centered space. In fact, there is a lot of speaking in Forsythe’s pieces and some of the audience asides remain emblematic of his approach: in Artifact, we hear “Welcome to what you think you see”, words which are at the core of the piece. Because the capacity for invention does not lie exclusively in the domain of the dancers themselves, but also in the assembly of onlookers. Whenever Forsythe explains himself, his words can be taken as manifests for his work as a whole: “The starting point for Artifact is Descartes and his Discourse on the Method, but it also needs to be seen in the sense that Derrida gives to the function of play. ‘Welcome to what you think you see’ constitutes, in some respects, the rules of the game to which the spectator is invited: I say to him “come”, but I warn him straightaway that we will be going everywhere except where he thought we would be going. I say to him: “follow us”, but I take him to a place where all is out of synch, ruled by shifting meanings and transfer. All I seek to do is to disorientate him, disrupt his theatre-goer habits, and to coax him, progressively, into questioning his own situation as spectator to the show. This can only be achieved by confronting the theatrical machine and its codes: curtain, prologue, tumbles, light and dark.” (Libération, 1988)

A past-master at springing up exactly where we did not expect to find him, and firm believer in dancers as creative forces in their own right, William Forsythe goes beyond the confines of the stage in his quest to elaborate and experiment with dance movement: video installations and exhibitions have become his preferred testing ground, as his continued presence at the Festival d’Automne à Paris, since 2002, has testified to, with Kammer/Kammer, and then at the Louvre in 2006 at the invitation of Toni Morrisson for her Foreign Bodies exhibition. With Peter Welz, he set about questioning the human figure and its relation to space via the jubilatory installation he created for the occasion, Retranslation/Final Unfinished Portrait (Francis Bacon), in counterpoint to his choreography, Three Atmospheric Studies, set to texts by himself, Dana Caspersen and David Kern. Akin to an immense breath of fresh air, he was invited back by the Festival d’Automne à Paris, in conjunction with the Théâtre National de Chaillot, in 2011, to perform Artifact, Impressing the Czar and Sider... And which constitutes a taste of the journey that has been proposed, this year, to this individual, who remains, thirty years on, by far the most exciting and innovative choreographer that we have been lucky enough to see and admire. 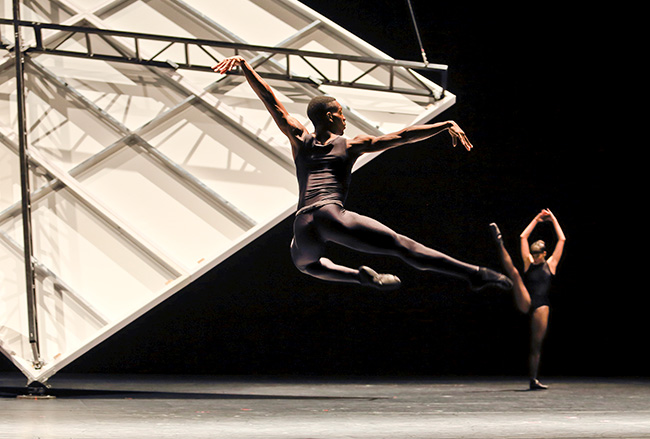 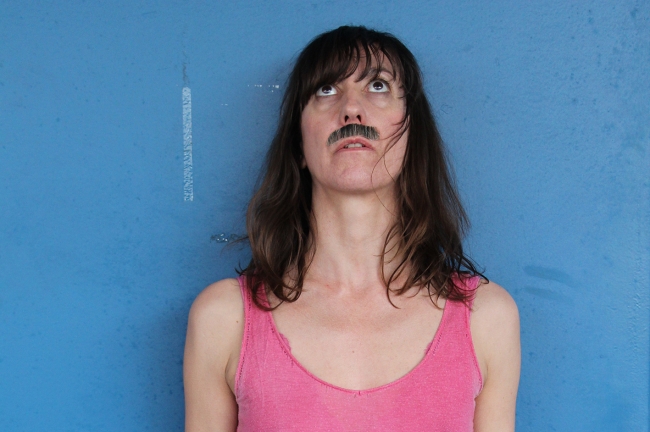 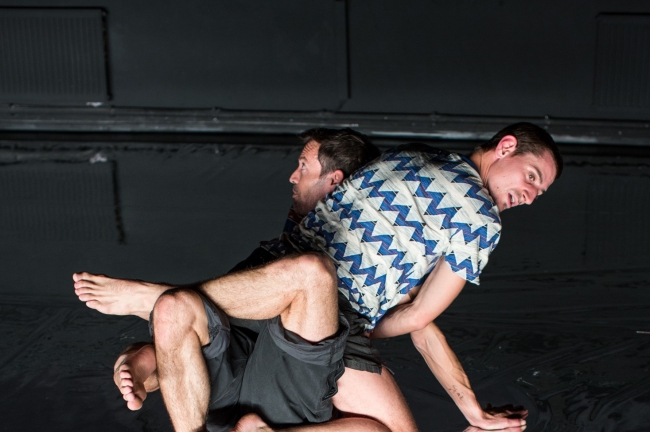 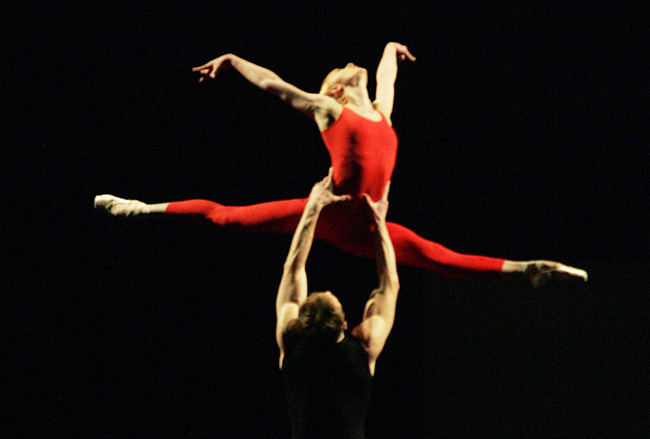 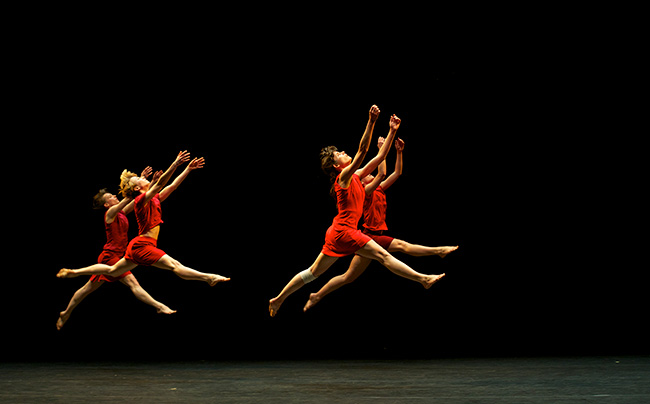 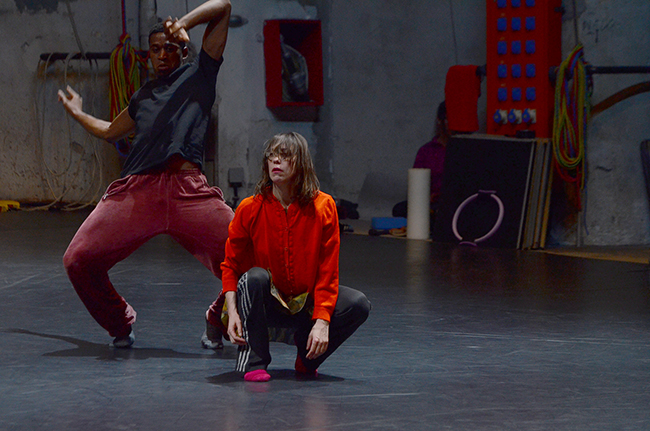