Dancing Inside Out
Creation 2004
Duration 30 mn

Concept, video and interpretation : Steven Cohen
Sound: Adhémar Dupuis
“It is difficult for me to dare to speak but even harder to keep quiet. And making these secrets public is to enter in a very dangerous relationship of confidence. Dancing up to our own limits, in the heart of contradictory forces, memory and imagination, the personal and the public mingle. I evoke our pride and shame about who we are, genocide and hope, fascination and reality, the macabre and the everyday. I am a Jew and an anti-Zionist. My works deals with the pain of being human and the joy of living and, as our lives are, this work is a complete and incomplete experimentation.”
Steven Cohen

"I am interested in the politics of nudity, not by sex as commerce. This work deals with the slave trade more than the flesh trade. It is a personal film and a portrait of the Apartheid, a naive striptease and a personal confession. Nomsa Dhalami is 84 years old. For 58 years, she has maintained the houses of the White people, cleaned their homes, fed their families and looked after their dogs. I was brought up by Nosma because my mother was an alcoholic for several years."
Steven Cohen 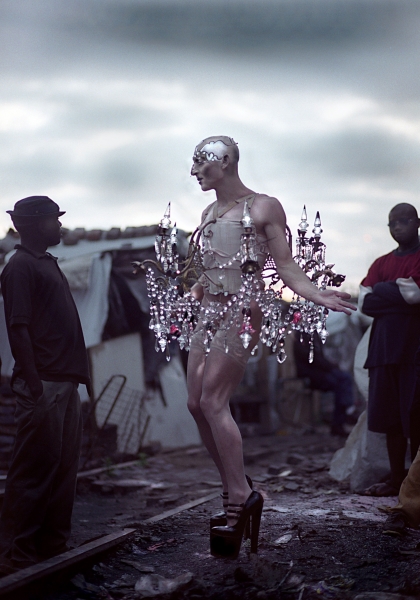 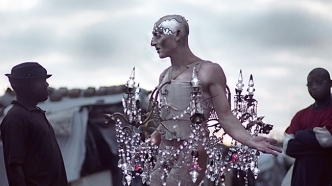 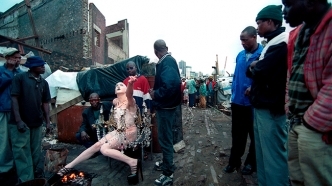 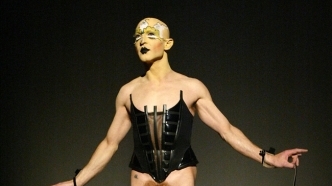