Limb’s Theorem, created in 1990 for the Ballet Frankfurt, composed of three parts, is one of William Forsythe’s key productions. The second, Enemy in the Figure - with stage, lighting and costume design by William Forsythe himself - is regularly presented independently of the other pieces. Enemy in the figure is a flamboyant exercise in style in its use of lighting. It refracts and magnifies the shadows of the dancers onto a wooden panel situated in the middle of the stage, whilst a white rope manipulated by the performers weaves its way in and out of them in a visually captivating way.
In the two other parts, with set design by Michael Simon, the dancers are placed, like insects, on a plateau topped by a giant revolving panel, a copernican revolution intensified by Thom Willems’ halting rhythms. We are confronted with paroxysms of noise, and dancers racing and whirling around at high speed, all of which is accentuated by the fringed costumes. Once the inferno-like machine starts up we are given a no-holds barred demonstration of the choreographer’s convictions: “What becomes dated in classical work is the writing. The vocabulary never ages”. Indeed, he applies the mathematical method to dance, giving rise to all possible combinations. This is combined with a few rules of geometry, allowing him to depart from from the plain on which classical positions are fixed, so that they can radiate across the space. 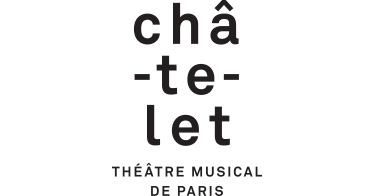 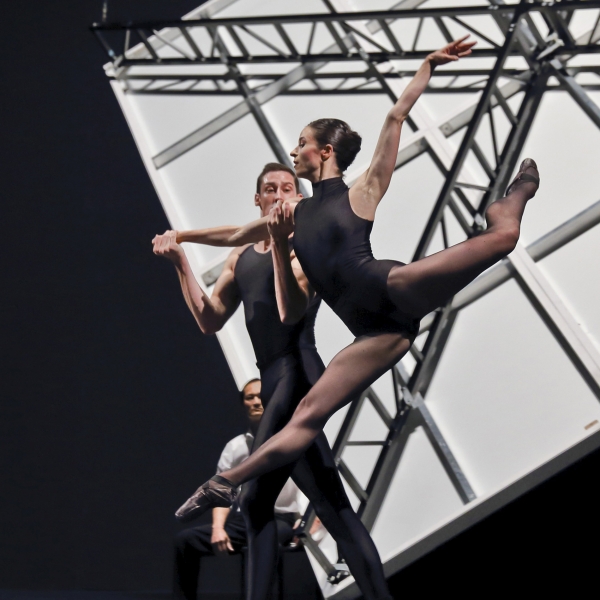 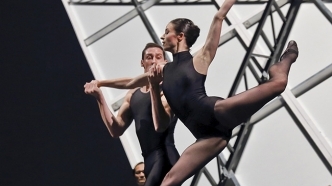 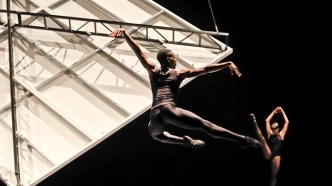 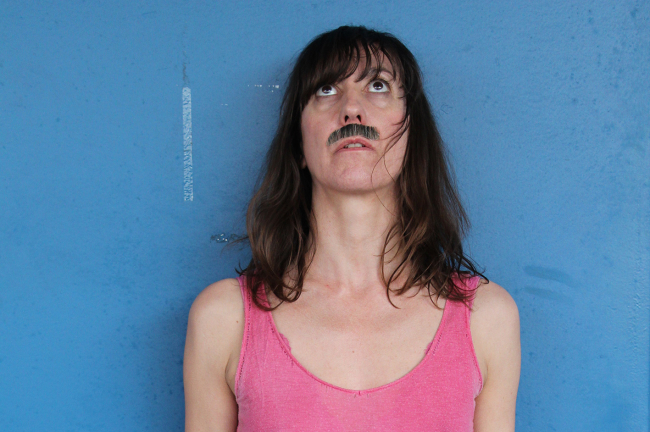 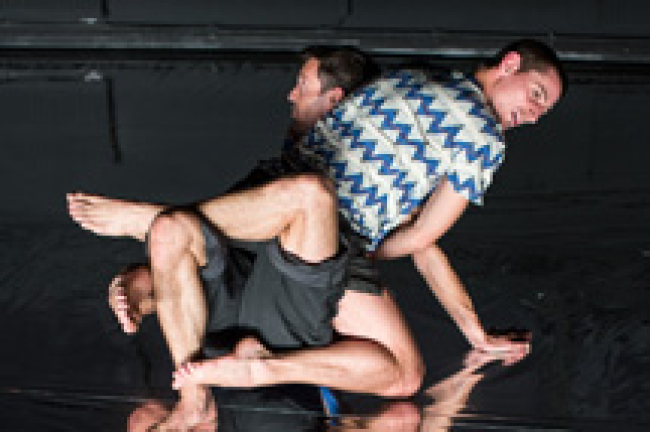 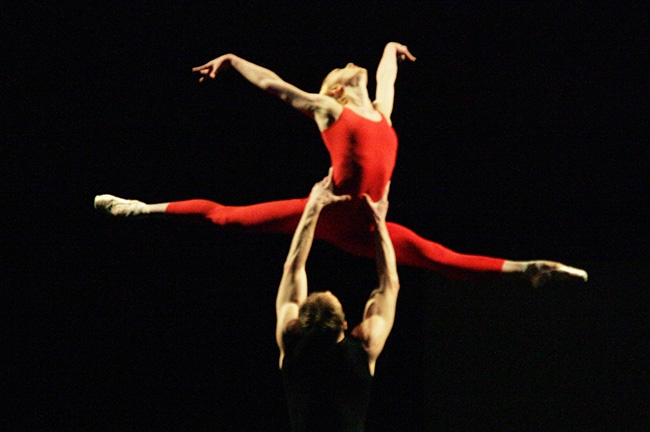 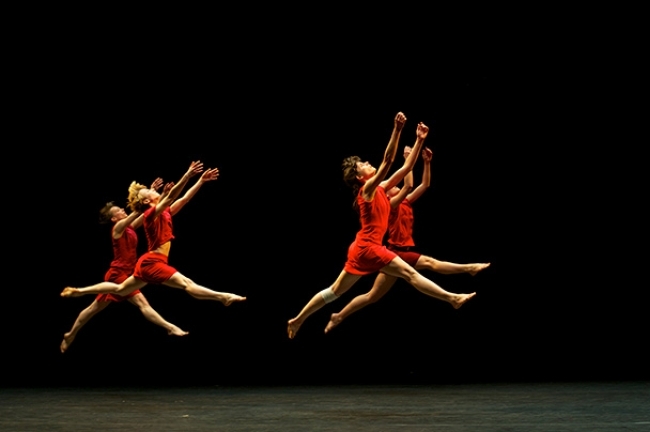