Going to see a show equates to a number of people gathering in a room, taking their seats, the lights going down, and watching a single or a number of individuals carrying out actions on the stage. For many practitioners and audiences alike, this secular convention, by now quasi-constitutive of the theatre, goes without thinking. Since the late 1990’s, the choreographer Xavier Le Roy has, however, has made his mark as an unparalleled laboratory technician and major figure of conceptual dance precisely due to his passion for phenomena that others can no longer see. Accordingly, in Sans titre (2014), the logical components of the work’s representation become the strange, complex and phantasmagorical matter for a three-phase experimentation. Each of the three pieces, which we could call: the conference, the show and the concert, are impelled by the loss, disappearance or death of one its essential protagonists. In this way, the motivation behind the words and actions is to recompose the piece with the remaining elements rather than by attempting to replace or find what is missing. Thus, actors and audience alike find themselves mourning losses and enter into a dialogue, the ensuing transformations of which seek to turn this melancholy, loss and death into a driving force. These movements produce fictions in which amnesiacs rub shoulders with dead bodies, giving rise to situations which are both strange and disturbing. 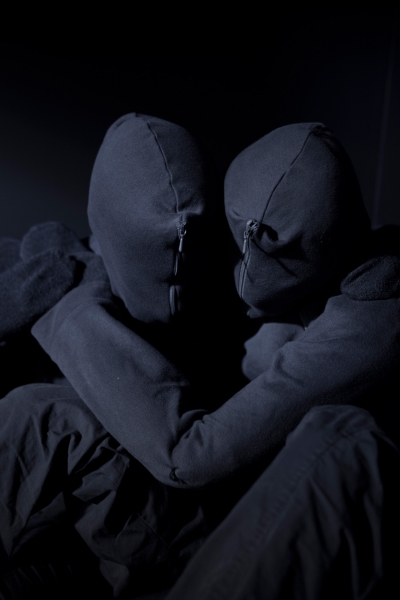