Each different, but all in unison, Bouchra Ouizgen’s ladies steadfastly furrow their paths. They carve out a space at the crossover between tradition and the everyday, condensing or elongating it to the sound of their songs, laughter and whispers. As artists accustomed to performing for distracted, sometimes entranced audiences at weddings and cabarets, they know how to make their rhythm felt, and mark out their terrain. Bouchra Ouizgen’s disturbing witches, or hard-working ants, as the case may be, carry out artistic research which is radically anchored in the present. Kabboura Aït Ben Hmad, El Hanna Fatéma, Halima Sahmoud and Fatna Ibn El Khatyb form the core members of compagnie O, the first three of whom we saw in Madame Plaza, and then in Ha !.

In the latter work, dressed in white headscarves, the dark background bringing out the sharp lines of their throats and heads, they embarked upon a choreography of sighs, necklines, shrieks, and head shaking. In Les Corbeaux, seventeen women of all ages gave themselves over to the experience of this primordial trance, shaking the branches of a tree with its roots deep in the ground. This journey, between underground and surface, is akin to the one carried out by ants (or ottof in the Berber language).

In her latest creation, Bouchra Ouizgen entreats her four accomplices to dig channels, and to drain and renew the ground that they have been treading together for eight years now. In doing so, they prolong and deepen this unique, radical, human and artistic adventure. 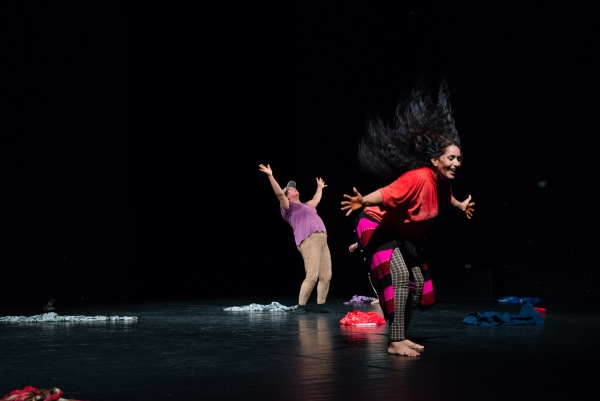 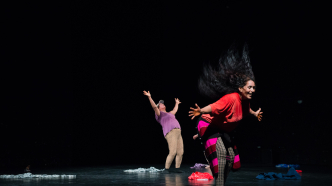 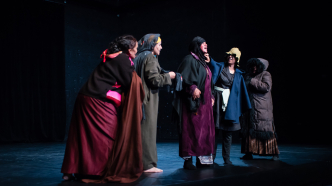 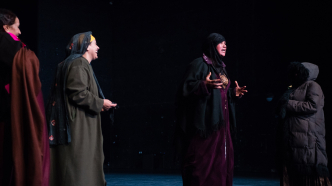 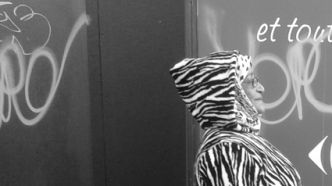