Struggle, women, freedom: these three words alone are not enough but they still say something of Nadia Beugré, the Ivorian choreographer, and the path that she has been tirelessly forging. Quartiers libres (2012) and Legacy, her latest piece, are the living proof. In Quartiers libres, a breathless solo, Nadia Beugré, dressed in a sexy, lamé dress, takes over the stage with her characteristic raw energy. “Takes over” is the operative word here because the show revolves around a crucial question for African women and not just them: from which public arenas do we find ourselves being chased away from? Which streets do we dare not to cross? Which taboos do we need to break in order to exist fully in the world and our bodies? Ridding herself of her shiny dress, and the microphone wrapped around her throat like a snake, the dancer then invents new costumes that suit her far better, along with movements that are far less constrained, and ends up glistening and happy, dressed in a sort of plastic chrysalis... perhaps the promise of a renaissance. Legacy, on the other hand, is a group, heritage-based work: heritage in the sense of the Bassam march during which Ivorian women protesting for their husbands to be freed were severely beaten, heritage in the sense of Pokou, the Ghanian queen, legend of which has it that she sacrificed her own son in order to save her people, and heritage in the sense of all the women marchers that have risen up in order to make their voices heard. Nadia Beugré’s powerful, athletic and committed dance is evidently her own way of marching onwards, and demonstrating (herself). 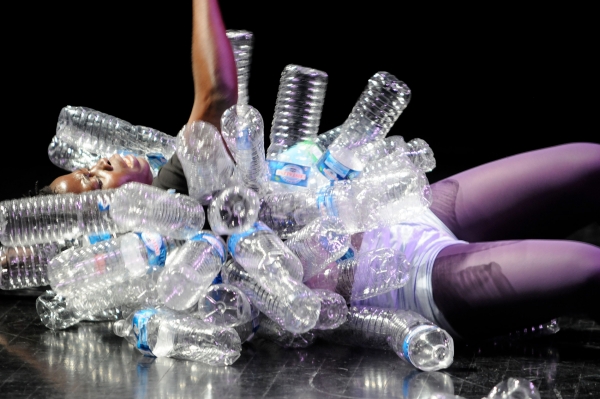 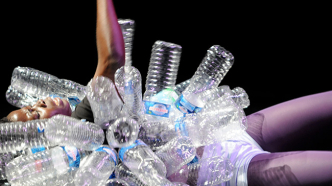 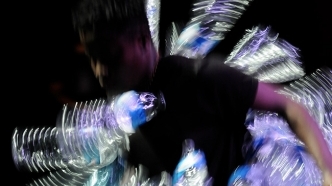