Long-standing performers of works by Unsuk Chin, the Ensemble intercontemporain dedicates this concert to the ‘Unsuk Chin Series’. Dans Allegro ma non troppo, concrete sounds like those made by tissue paper, ticking watches and dripping water flood the work with sound. Digitally altered tones pass from one timbre to another, creating an overarching structure.

Premiered in Los Angeles under the baton of Gustavo Dudamel, Graffiti, is a kaleidoscope of styles that deals with street art, its creative potential, its critique of consumerism and cookie-cutter cities. Built up layers of primitivism and transparency demand virtuosic solo performances in the same vein as Ligeti, the Études for piano and the Double Concerto for piano and percussion. Metallic objects are jammed between the piano wires muting the mid-range and rendering the bass notes crisper. Unlike classical concerti, the two soloists and the ensemble strive to meld into a single sound that pulses and fades away. “The final sound-scape has reference points from both Western and non-European music. From there, I try to write music that is free and agile, that is colourful in sound and expression, that is sometimes entirely unpredictable.”

Unsuk Chin, who pays close attention to the evolution of musical institutions in Korea and to their international profile, has worked in collaboration with the Seoul Philharmonic Orchestra. For some years now, she has invited young composers to write and then rehearse their own pieces with the orchestra. Such events reveal a vibrant music scene in Korea that is reflected here at the Festival d’Automne à Paris.

This concert is being recorded by France Musique 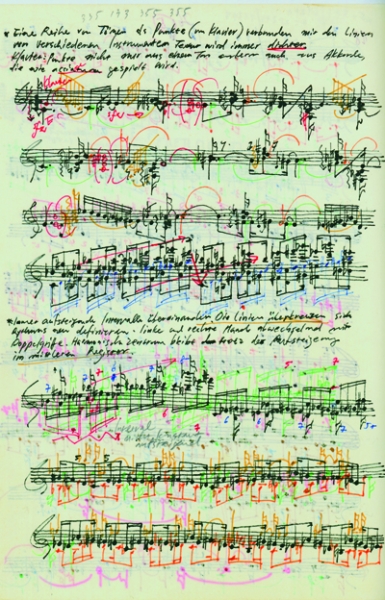