What are those dancers doing, out there, on the concrete, surrounded by all the din of the city? Shouldn’t they be on a stage somewhere, in a theatre, away from the wind, rain and cold? And what exactly is a “danse de nuit”. Is it a party, procession, demonstration, or a nocturnal battle? Or is it some sort of night-time dance in a round, held in secret, away from the light? Is it the inverse of a daytime dance? A clandestine, hidden away dance. Forbidden territory, perhaps? Following on from the trilogy comprising Levée de conflits, enfant and manger, three vast choreographic structures which made use of a layering effect of actions and constraints, Boris Charmatz comes back to a streamlined formation, featuring dance, speaking and movement at their most condensed level. He also draws upon the intensity of urban dance, but in a way which breaks down or disarticulates all its codes. Continuing, here, his research at the junction between movement and voice, he connects these talking bodies to an amplifier, which has a direct link with the outside world. The danse de nuit could be seen as a commando group of dancers on the frontiers of the public space, on a mission to push themselves to their limits, reflecting any contradictions they encounter. In group formation or every one for themselves, they attempt to articulate something, anything about our situation, and to make a “state of emergency” come alive in their bodies. A shared sense of intensity develops, circulates. Fragments of words and phrases spring forth... even to the point of blurring, and creating misunderstanding. What becomes apparent is the urgent need to reoccupy this space which has been confiscated by State logic. Situated somewhere between Greek agon and agony, contradictory outburst and funeral march, wild remix and ephemeral dance, danse de nuit can be deciphered as a hastily-scribbled drawing, an unfinished graffiti on a wall, the slogan of which reverberates well into the night.

In collaboration with the FIAC 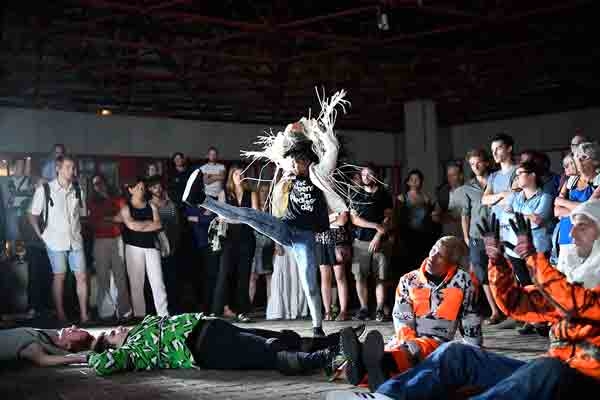 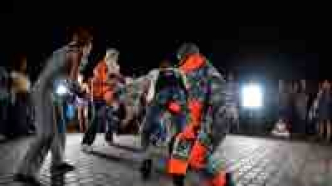