(The sky is not a backdrop)
In Greece, in the midst of the economic crisis, four elderly women bring their lives to an end. Ce ne andiamo per non darvi altre preoccupazioni (‘We’re Leaving So You Don’t Have To Worry Anymore’) takes up this image from the opening pages of the The Settlement, a novel by the Greek author Pétros Márkaris. Neither story nor documentary, the piece moves forwards through a process of induction, hypothesis, and reconstitution, setting up an enquiry-like effect into the lives, inner and outer, of these four women about whom we know nothing, apart from their parting gesture. The enquiry is punctuated by questions, both those of the four women and those of the four actors. They are presented to the audience in a two-found declaration, one of utter powerlessness, and the other of a refusal to bow down. In an echo of the resounding “No!” on behalf of the numerous Greek citizens who, through committing suicide, have taken the decision to leave behind a world in which human beings are only seen in terms of their profitability, their no is put through the mill of all the different shades of performance-based work. From the scarlet red of offbeat humour to its final, ashen tones the piece gives us a whole spectrum of “no” to utility. In art as in life.

The reason why this gesture at the heart of Ce ne andiamo per non darvi altre preoccupazioni becomes such a powerful one in political terms is because, through its shaping, it reveals much about the background against which it is set. Il cielo non è un fondale goes one step further with its acute observation of the irreversible phenomena of the “metropolization” of landscapes and lifestyles. So long as we are under cover, in the warm, how can we stretch our minds to the man who is there, outside, in the rain? Not unlike Camus and his observation that man has traded in his interior life for a life indoors, the quartet of performers digs into, inhabits, and explores our urban condition and unearths a question of a complex, ecological and collective nature. In an artless way, they open up a dialogue between the fictional and the real, form and content, interior and exterior. 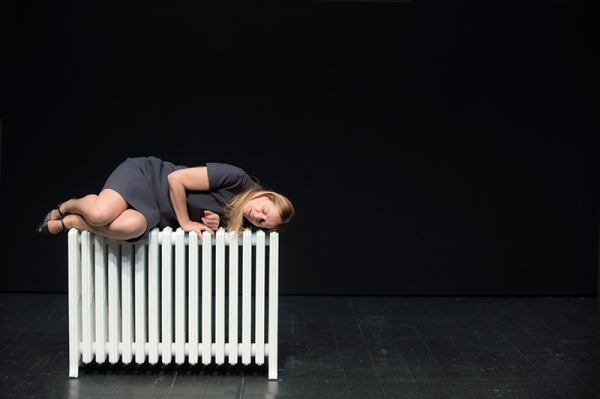 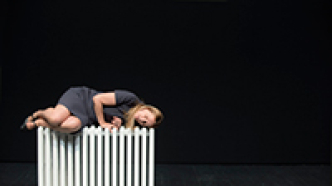 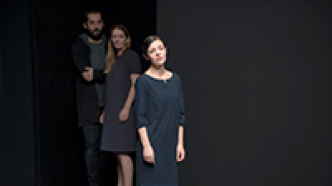 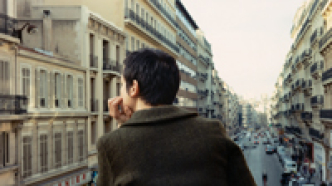