The nine instruments of Enno Poppe’s Stoff (Material) compete with each other in a frenetic conversation where each instrument talks over the others, wanting to be heard, occasionally coming to an agreement – a ‘polyglossia’ patchwork made of recurring ideas and phrases, short rhythmic bursts and melodic lines, each instrument playing their own part as if in a concerto grosso, separate from the rest of the ensemble, only to play the occasional ‘refrain’ together. The conversation ends in climactic madness, leaving each instrument drained and exhausted. In Haare (Hair), it would appear the composer sought inspiration in the horsehair of the solo violin’s bow: short slides, brief recitatives rising and falling in micro-intervals that are very much emblematic of Poppe’s love for central Asian music – a work that sounds like the four main strings being subject to a stress test.
Mark Andre, in E2, relies on his virtuosic writing to play with the most minute chord arrangements. It is as if one required gigantic ears – like those painted by Hieronymus Bosch – to move in close to the cello and the doublebass to listen to the miniature creatures working away, hammering nails, setting off the tiniest of vibrations, and letting out choked sighs. It is part of Lachenmann’s tradition of ‘musique concrete instrumentale’, onlywith a rhythmic regularity that at times feels like a very subtle, far off dance.
György Kurtág wrote Les Bagatelles op.14d for an unlikely trio of instruments – flute, doublebass and piano. This piece is a perfect summary of Kurtág’s musical poetry: fleeting moments, the intensity of near-nothingness, short-lived flights of fancy, syncopation, ostinato, fiery melodies, rolling tonal scales… Brefs Messages op.47 opens with a Stravinsky-esque fanfare of tittering wind instruments, then leads into an ‘apocryphal organum’ and two new instrumentations of old works, creating a pervasive melancholia of music that could have been.

Jointly produced by the Théâtre de la Ville-Paris and the Festival d’Automne à Paris
This concert will be recorded by France Musique. 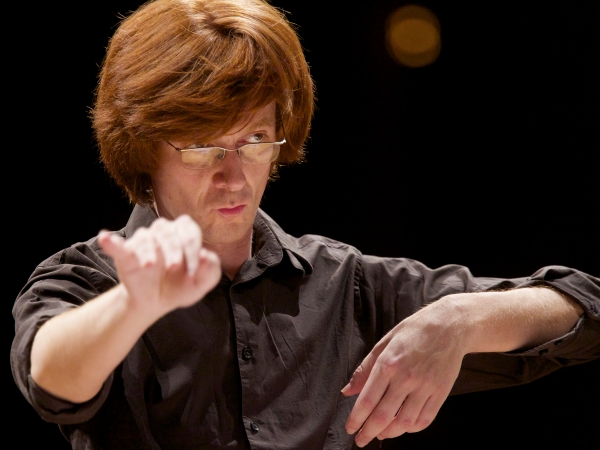