Since its foundation in 1975, The Wooster Group, this emblematic New York underground collective, with the charismatic figure of Elizabeth LeCompte at the helm, has been producing theatre which branches out across the vast territories of performance, visual arts and multimedia. The Town Hall Affair takes as its starting point a debate which took place in 1971 between the writer Norman Mailer and a panel of feminists, among them the poet Jill Johnston, the writer Germaine Greer and the critic Diana Trilling, filmed by D.A. Pennebaker and Chris Hegedus. This provides the script for verbal jousting of a virtuoso and virulent kind, covering the battle of the sexes, our vision of art, liberty and the spectacle of intellectual life. The performance by the Wooster Group shifts the roles around, and teases out the theatricality of this gigantic game of words, whilst at the same taking us back to a time when debate on different ideas was given full expression on theatre stages. Political engagement, the place of women, and the quest for alternative ways of living together are also at the heart of Early Shaker Spirituals: A Record Album Interpretation. Directed by the chameleon-like Kate Valk, one of the Wooster Group’s stalwart actresses, the show uses as its basis an album of songs from the Shakers, a religious community in America. With their advocation of simplicity and the joy of work, these songs of great purity are performed and danced by four actresses, accompanied by four young male actors. The ensuing celebration is an ecstatic one, a hymn to community spirit and the pleasure of being together, a feeling which has been a driving force behind the Wooster Group for over forty years now. 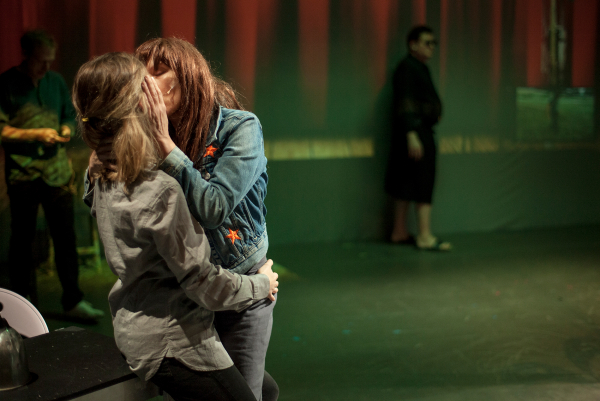 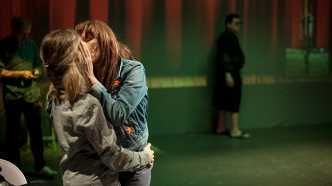 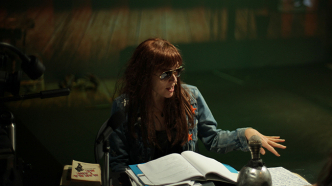