Et Lux sits at the crossroads between ancient and contemporary music, between the voice and stringed instruments, between the roman liturgy of the Requiem and the overt expression of emotion in today’s era. Wolfgang Rihm selects words and expressions from the Latin text without leaving them “intact", nor in the right liturgical order. They pour forth like elements of a much larger whole that is remembered bit by bit, like an anamnesis”. The text is cut up, rehashed, and reworked over and over again, with “Et lux perpetua luceat" at the very heart – a focal point that draws the listener on, though stays forever just out of reach. Rihm, who claims to have a “gift for the mystical”, has invented a whole new liturgy. “It is a sort of circular reasoning that takes layers of words that are just as comforting as they are deeply disquieting and makes them almost tangible.” The notion of light seems to take the place of God: there is no Credo; three words from the Offertory referring to the infernal night; and two short fragments of Dies Irae (“Tearful will be that day when from the ashes rise […] the guilty man”) that have been displaced towards the end of the work. It is a musical theology opposing an obscure and oppressive world in which Man is powerless, and a brightly lit encounter with God. The singers continually swing from consonance into dissonance, going from clear legato to choked “anti-singing”, like tortured souls pushed and pulled by the quartet, the inner voice; the whole becoming a highly disconcerting journey. 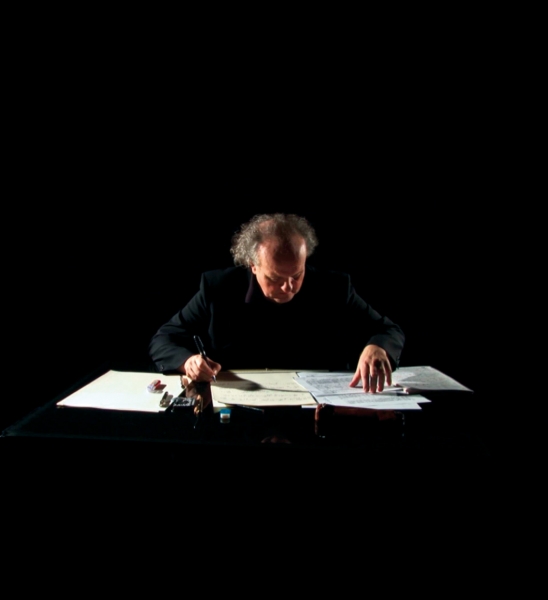