Undoubtedly one of the most exciting, innovative voices from the new generation of Japanese theatre, Yudai Kamisato has, for the last ten years, been dealing with the mutual incomprehension of individuals who, nevertheless, coexist, against the background of a sociopolitical system on the brink of collapse.

+51 Aviación, San Borja takes us to South America on an encounter with two elderly Japanese immigrants, and whose nostalgic gaze holds up a mirror on a portrait of society today. We are presented with two versions of Japan back to back, which the artist turns around to face each other. Born in Peru himself, he went off in search of this Japanese-Peruvian community in order to write his piece, in Lima, where his grandmother still lives, on rue San Borja. The autobiographical immersion in his cosmopolitan roots is deftly weaved into a true historical saga. On the way, the audience runs into a whole host of illustrious characters, such as Seki Sano, who went on to become the “father of Mexican theatre”, and is taken on a stroll through a string of great events, monuments and declarations.

Skillfully navigating a path between the history of XXth emigration and current affairs in Japan, the captain at the helm of this odyssey takes us on a free-flowing journey from one side of the planet to the other, from winter to summer, and from one era to another. With a cast of three compelling actors and a few accessories, a sparse stage set, a flurry of pop-influenced colours and humour, together with a multiplicity of theatrical layers - from reportage to fiction, and meta-theatre - the piece gives rise to an astonishing sensation of the immensity of the world. 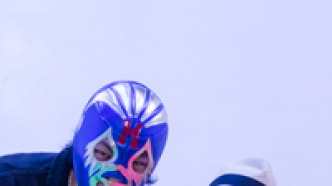 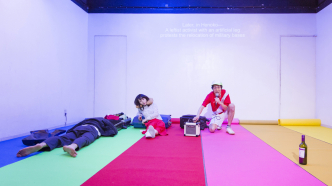