Achterland, a milestone in Anne Teresa De Keersmaeker’s work, marks the transformation of the minimalism of her earlier pieces. It does so by integrating into its syntax an increasingly large and complex range of movements. Both joyful and meditative, the composition leaves room for variation, friction - and full cohabitation of the space by both dancer and musician.

Onstage are five women, three men and two musicians. Achterland (1990) occupies a decisive place in Anne Teresa De Keersmaeker’s career path. It saw her attempting to involve the musicians in the stage dynamic more fully - an approach that she then went on to develop extensively. Performing these compositions live demands high levels of musical accomplishment, a precision which is reflected in the gestural phrases rigorously composed by the choreographer. The unique combination of the György Ligeti’s piano studies and Eugène Ysaÿe’s violin sonatas took De Keersmaeker and her dancers towards a paradoxical form of choreographic writing, consisting of a delicate balance of virtuoso impulses and decelerations. In addition, Achterland, in which three male dancers joined a company composed primarily of women, was the first time that the choreographer conceived a partition characterised by a strongly masculine tone. Minimalism and femininity, bywords for a former era, were slowly being transformed. Instead, we were being lead in the direction of a radical no-man’s land, of shifting frontiers and blurring of signs.
––––––
Running time: 1h30

Please telephone directly the theatre booking office or register to the waiting list for shows which are listed as “sold out” on the Festival website.
Maison des Arts Créteil 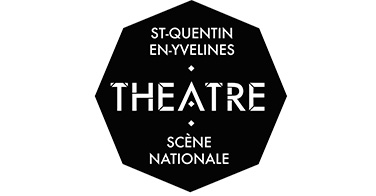 Conversation with Anne Teresa De Keersmaeker on the subject of Achterland
Find out more: rosas.be