Thirty-six years after its creation, Fase has become a living archive of dance history, but has lost none of its minimalist lines and intensity. Comprised of a series of gestures which repeat, mix and come out of phase with each other, its four movements, shaped to the music of Steve Reich, form the four cardinal points of Anne Teresa De Keersmaeker’s work.

Fase marks the beginning of something new: the birth of a choreographic work devoted entirely to redefining dance using its own resources, in an ongoing dialogue with the music. What strikes us when we watch Fase - bearing in mind the amplitude of the musical territory that Anne Teresa De Keersmaeker has explored over more than thirty years -, is not just its immense rigour, but also the simplicity and extraordinary variety that emerge from this inaugural work. Fase marks the beginning of something new, and all the elements are already there: repetition, clarity of different shapes and forms, and mathematical art in terms of the arrangement of the different figures. The four movements which constitute this piece - piano, violin, voice and rhythm - are elements which Anne Teresa De Keersmaeker unceasingly draws upon and arranges over the course of her piece. The principle of the progressive staggering of a phase, the cornerstone of Steve Reich’s minimalist works, has enabled him to invent a language which is free of all forms of emphasis or affectation. It digs the channel of a movement which is reshaped as the piece progresses. In Piano Phase, two identical silhouettes spin round and around to dizzying effect, creating a mirror effect which marries with the staggered phasing of the melodic line. The scansions of the voice in Come Out reverberate with each other in a grammar of minimalist gestures, whilst Clapping Music propels the bodies of the dancers into a perpetually mutating rhythmical impulse. The only solo work, Violin Phase - which can also be seen, only, at Lafayette Anticipations, concentrates, into a circle, the abandonment of a movement that is continually reshaped as the piece progresses. For the first time in the show’s long history, Anne Teresa De Keersmaeker will transmit this piece that she herself has always performed to two new dancers. 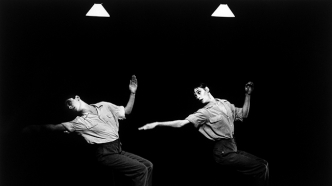 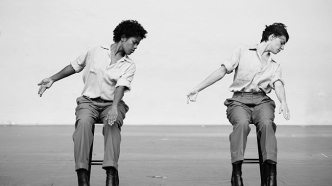 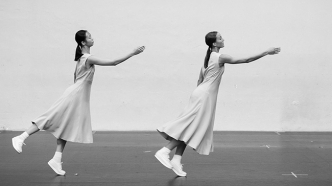