The sound of a bell, a few notes of music coming from the street, chords and echoes: such are the objets trouvés that combine to form the concert, almost as a landscape.

“I liked crazy paintings, fanlights over doorways, stage scenery, circus backdrops, shop signs, colorful illustrations, unfashionable books, church Latin, books of erotica with spelling mistakes, our grandmothers’ old novels, fairy tales, little children’s books, old operas, silly ditties, and simple beats.” [Arthur Rimbaud] An objet trouvé, whether a noise, utterance or part of a tune, would catch the attention of the composer, and open one of the grand paths of contemporary art. Such an element can remain as a source of dissonance, or the opposite, may be fully integrated or even absorbed. For Clara Iannotta, it is the sound of a bell, as on the cathedral of Freiburg im Breisgau, triggering a subtle instrumental warp and weft, conjuring up “the experience of hearing the bell: anticipation, ringing, recollection and silence. Encountering different rhythms of bell-ringing, each made of complex sounds and producing figures and movements that can only be reconciled in repetition.”
Pierre-Yves Macé develops aesthetics that could be described as musical recycling, a way of quoting that substantially alters the physical characteristics of the raw material. For Rumorarium, excerpts from street music have been recorded and are run through a sampler-keyboard, then edited, with cuts, repetitions, and blending of shades to produce a “vivarium of background noise.”
The German composer Helmut Lachenmann has made more abstract use of the repeat: it is no longer a matter of creating music with noise made by instruments, but the use of characteristic rhythmic figures, chords and echoes to “cast novel light on everything which resonates, and everything in movement initiated by sound in a different context.” Here too the image of the site of the listening experience is of prime importance: Concertini could be a crossing: “wandering, as it were, inside a labyrinth built by the wanderer, but a labyrinth set inside a strict time grid, and to be crossed as if a water diviner.”
––––––
Running time: 1h20 plus intermission 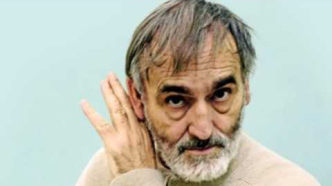 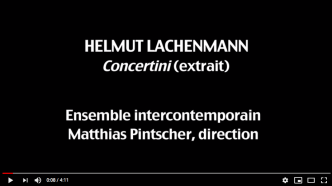 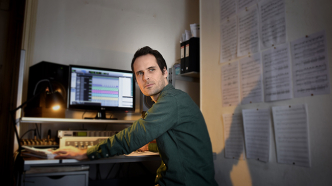 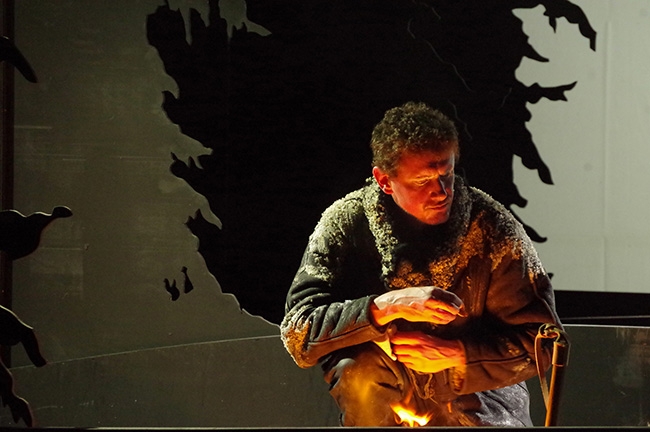