With almost fifty films, documentary and fictional alike, to her name, Naomi Kawase’s unique approach has made her the leading Japanese film-maker of her time. For the Spanish film-maker, Isaki Lacuesta, cinema is a perpetual adventure, his multiple creations extending far-beyond all pre-established boundaries. This event see retrospectives and installation work by the two artists running in parallel with each other.

Naomi Kawase began filming at the end of the 1980’s. Through cinema, and in particular, first-person cinema, her objective has been to reconstitute the gaping wounds of her family history, and to restore her organic relationship to the world. Isaki Lacuesta began at the turn of the new millennium, with films which draw out the fictional and intimate elements present in archive material, historical accounts, scientific images and documentaries. She, for her part, has been unceasing in her efforts to film the sensual and spiritual links that exist between man and nature. She uses her own personal experience as a means to englobe the universe as a whole - giving rise to the immense vibrancy of Snail (1994), Shara (2003) and Still the Water (2014). He, for his part, has always viewed cinema as the means for infinite experimentation. What interests him is the symbiosis between project and form, a symbiosis which is unique to each new project. This has lead to films such as the inter-linking portraits of two gypsy brothers, with a twelve year gap in between them, La leyenda de tiempo (2006) and Entre dos aguas (2018).
The parallel retrospectives of their films and the installations that each of them has created for the occasion will give spectators the opportunity to experience a vast cross-section of their work, and the uniqueness of their respective approaches. At the same time, a filmed correspondence, the basis of an exchange between them, will enable spectators to see points at which their paths converge

This event is organised by Cinémas du Département du développement culturel du Centre Pompidou as part of the Festival d’Automne à Paris and Japonismes 2018, in collaboration with Fondation du Japon, the Municipality of Nara, Institut Ramon Llull, Bólit and CCCB.
With support from the Fondation franco-japonaise Sasakawa 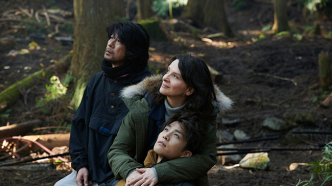 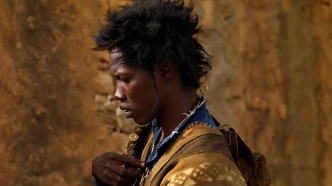