Reflecting her interest in gender mixity and the diversity of individuals, the dance that Latifa Laâbissi invents is one of identities in the making. It fuses them with elements of the collective imagination, incorporated in a subconscious way. Driven by the power of laughter, her choreography assimilates them freely at will, like a whirlwind of gestures and signs imbibed with boundless energy.

In the eyes of Latifa Laâbissi, dance, as the art of movement and metamorphosis, constitutes a privileged means of giving form to the plasticity of the identity. Moved by the image of a man dancing in an extremely energetic way and with unique rhythm and phrasing at an open-air dance, she came up with the idea of a piece which serves as a counter-representation to fixed identities. In opposition to essentialism of any kind, Latifa Laâbissi views her dance as the bodily expression of a stratified memory, and which goes beyond simply the framework of the individual. In her eyes, the choreography thus becomes the means by which she can flesh out this “anthropology of signs” which, in turn, relates back to collective subconsciouses, and to a polyphony of ghostly gestures. She takes ownership of them without taking into account the designated categories they are related to. In so doing, this emancipatory dance stands in opposition to the process of “identity-based ghettoization” by means of a shifting identity which manifests itself in joyous fashion, and with all that it implies in terms of excess, indiscipline and the grotesque. The memory of this spontaneous trance becomes the point of departure for a dance of fugitive identities, at the threshold of the human and the animal, a cannibalistic choreography which incorporates all the elements of the imagination that it summons up.
––––––
Running time : 1h 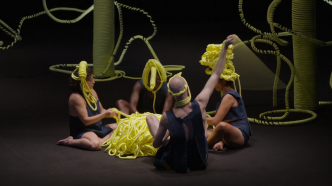 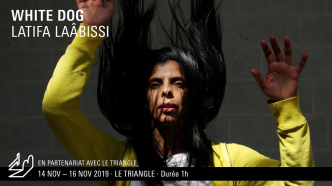 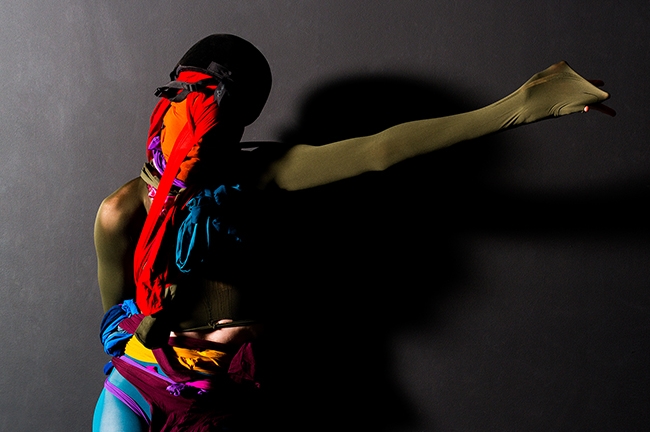