Weaving dance and music together with the utmost precision, William Forsythe joins forces with seven of his performers in an evening stripped down to its bare essentials. A Quiet Evening of Dance gives audiences the opportunity to experience the incomparable rigour of the work of one of the major choreographers of his generation.

This “quiet evening”, with its modest, but not altogether misleading, title hails the return of William Forsythe as an independent choreographer, four years after the scheduled end of the Forsythe Company. Since then he has returned to that great passion of his, classical dance. Joining forces with major companies, this return sees him taking up the thread of a body of work which revolutionised the genre in the 1980’s and 1990’s. A Quiet Evening of Dance occupies a place at the crossroads between his deconstruction of classical dance and the work of a very personal nature which Forsythe developed with his dancers. With seven of his long-standing companions, this production sees the American master, with a penchant for reworking his repertory from the inside, restaging his Dialogue (DUO2015) and Catalogue pieces. Two unique creations, Epilogue and Seventeen/Twenty One prolong this research into musicality that underlies the whole evening.
By restricting the set and costumes to a bare minimum, what Forsythe constructs is a “chamber dance” which exposes the inner workings of his approach, on the border between analytical precision and baroque counterpoint. A true craftsman of his time, Forsythe draws upon a team of artists who master its every twist and turn.
––––––
Running time : 1h40 interval included 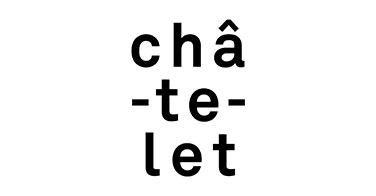 "A Quiet Evening of Dance" (Teaser)

William Forsythe and the Practice of Choreography : It Starts From Any Point, Steven Spier, Ed. Routledge