For reasons related to the health crisis, the complete retrospective of Tsai Ming-Liang's films, in the presence of the filmmaker and actor Lee Kang-Sheng, as well as all the events linked to it, are postponed to 2022 at the Centre Pompidou.

––––––
Since first coming into recognition in the mid-1990’s with his début film Rebels of the Neon God, Tsai Ming Liang has been at the forefront of Taiwan’s post new-wave cinema. The filmmaker now presents a unique exhibition together with the screening of his entire body of films at the Centre Pompidou.

In 2003, Tsai Ming-Liang gave us his nostalgic and passionate ode to the power of cinema, the unforgettable Goodbye, Dragon Inn. Over the course of eleven feature films to date, in addition to numerous short films and films for the television, each of which mixes a form of aesthetic asceticism with formal investigations, and occasional incursions into genre, the Taiwanese filmmaker’s depiction of his native island is like that of a hallucinatory land. For almost the last thirty years, he has been utilizing the mute-like power of his favourite actor, Lee Kang-Shen, and recounting, from The Hole, in 1998, to The Wayward Cloud, in 2005, via Stray Dogs, in 2013, the incommunicability between man and desire which, alone, permits an escape from it. With the completion of Days, an entry in the last Berlinale, the filmmaker presents his entire body of films as well as a major, unique exhibition. In it, he develops his obsessions and ongoing research, and gives us the opportunity to see the remarkable ninth opus in the Walker Films series, shot at the Centre Pompidou in continuation of the visual arts-based work that he began almost ten years ago. The result is an immersive experience into matter of different kinds, from film to crumpled-up paper.

Detailed program available on the centrepompidou.fr website and festival-automne.com in September
This event is organised by les Cinémas du Département culture et création du Centre Pompidou with the Festival d’Automne à Paris, and is supported by the Centre Culturel de Taïwan à Paris 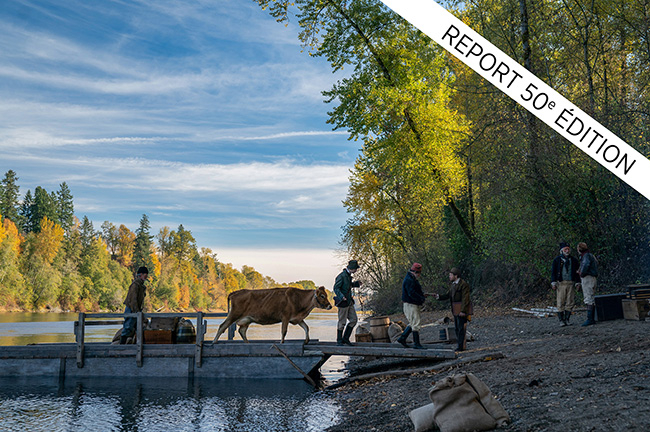