This Portuguese-born, Rio-based artist secured his place in Brazil’s creative pantheon as a member of the ‘neo-concrete’ movement in the 1960s, when the country was under military rule. He was one of the first to experiment with monumental installations marked by chaos and disorder. Originally conceived for the alcove of the Tokyo Palace, Réflexion...(S) emits a strong whiff of ground coffee and bread, and the lighting changes at various times of the day.

General curator, Nicolas Bourriaud,
Jérôme Sans
Curator, Akiko Miki
Realisation Palais de Tokyo, and Festival d’Automne à Paris
Thanks to Moulin de la Vierge
With the support of "Brésil-Brésils", the year of Brasil in France,
and  the ambassy of Brasil in France and the Cultural department of  Brasilian Ministry of Foreign Affairs 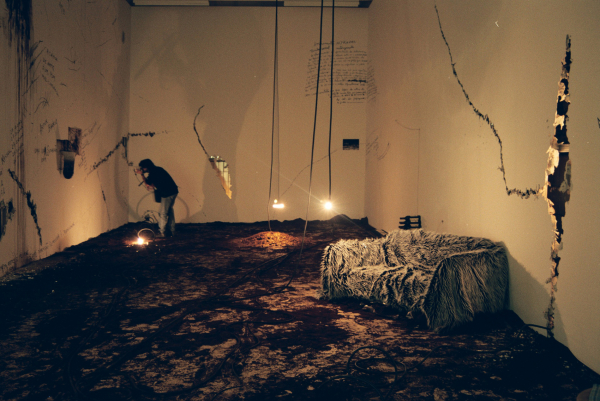