No-one who has ever seen pansori easily forgets the simplicity of the single performer – most often female – dressed in traditional Korean garb, a large woven mat for a stage, and a story, sometimes spoken, sometimes sung in guttural vocals; the performer imitates the characters’ expressions and draws landscapes and skylines in the air with their fan; a drummer, seated not far off, accompanies the tale, providing both rhythm and the odd spoken word of encouragement.

The word pansori, which has no translation, is an association of pan (the village square) and sori (noise), thus becoming a derogatory term for the speech or song of someone who, according to social hierarchy, is not deserving of respect.

Pansori first appeared around the late-17th and early-18th centuries in the lower levels of Korean society, and also in near proximity to shaman of the Southwest provinces. This explains the boisterous nature, and the slips between insolence and sentimentalism. Only a short time before, Korea had been invaded on two occasions – by Japan in 1592 and Manchuria in 1637 – all the while, the ruling class, Confucian scholars, and conservatives tried in vain to rid the populace of its “superstitions”. Near the end of the 19th century, five of the twelve pansori known in existence were rewritten and embellished. They are still sung today and have been added to the UNESCO list of Masterpieces of the Oral and Intangible Heritage of Humanity.

Song of the Underwater Palace, is a story of animals and the social satire is evident: the Dragon-King has fallen ill after drinking too much and is ready to sacrifice anything to be well again; the Turtle, faithful and dedicated member of the King’s court; the Rabbit who narrowly eludes death at every turn.

Ahn Sook-sun, born in Namwon, in the North Jeolla province, and trained under the greatest pansori masters, is considered to be one of the most exceptional performers of the art. Here she presents the tale in rare, two-voice format (ipchechang) – sometimes as soloists, sometimes as a duet, the intensity of the vocal line and the story’s playful dimension are heightened. They are accompanied by the gosu who plays soribuk – the specific drum used for pansori. 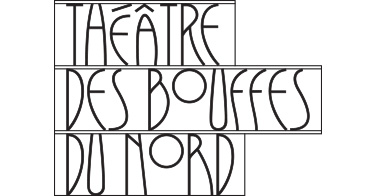 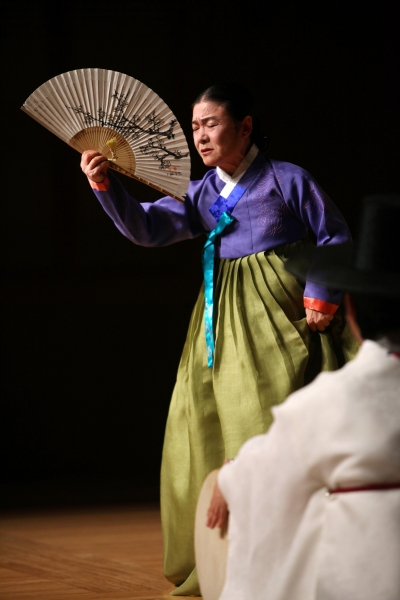 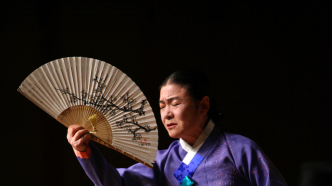 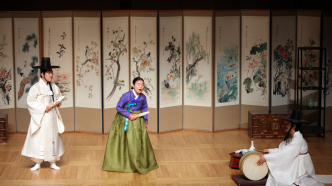