After writing  his opera Written on Skin, George Benjamin immersed himself in the light of Granada and a thousand years of its poetry to write Dream of the Song. The composer describes this work as follows : “Samuel HaNagid and Solomon Ibn Gabirol wrote in Hebrew in the mid-11th century, while the third of the poets I set, Federico García Lorca, wrote in Spanish and was killed by Fascists soon after the Spanish Civil War broke out in 1936. Despite the centuries which separate them and the difference in language, all these texts were inspired by a common source: Arabic poetry, which flowered in Andalucía from the 9th century onwards. In my work, the counter-tenor sings the Hebrew texts in English, while Lorca’s poems are sung by the female chorus in the original Spanish. The orchestral palette chosen to surround these voices is specific and intentionally reduced, the only wind being a pair of oboes and a quartet of horns, while a full string section is complemented by two harps and metallic percussion. Dream of the Song ends in simultaneous poetic visions of dawn, conceived a millennium apart."
The Prelude to Parsifal of Richard Wagner, between mystery and spirituality, opens this concert which concludes with the First Symphony in C minor op. 68, of Johannes Brahms. 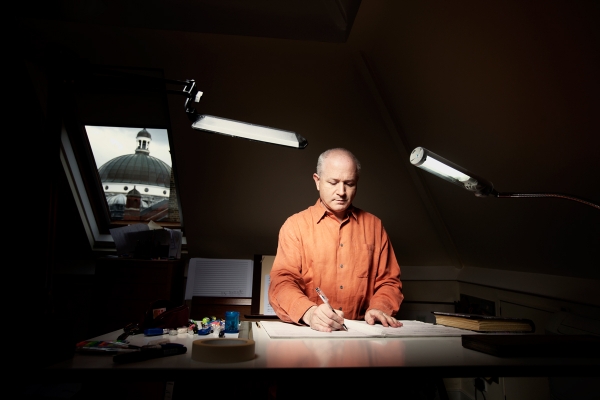