Celebrating the 50th anniversary of the Orchestre de Paris, with an extensive program and our traditional partners.
As soon as the Paris Autumn Festival was founded in 1972, it embarked on joint initiatives with the Orchestre de Paris. Between 1972 and 1990, these included concerts conducted by names such as Georg Solti, Zubin Mehta, Daniel Barenboim and Bernard Haitink.
The grand 50th anniversary concert will see the Orchestre de Paris conducted by Daniel Harding, and a special program designed for the event, with one work written the year the Orchestra was established: Luciano Berio’s Sinfonia composed in 1967, and dedicated to Leonard Bernstein to mark the 125th anniversary of the New York Philharmonic, will be performed here with the London Voices. Continuing with traditional partners, it will then be the Choir of the Orchestre de Paris. As anniversaries are ideal opportunities for composing original works, we can recall that Stravinsky’s Symphony of Psalms was commissioned by Serge Koussevitzky to mark the 50th anniversary of the Boston Symphony Orchestra. Stravinsky had been asked to write something “popular” and symphonic, but insisted on the psalms and voices as well as the symphony, but it certainly became popular.
The Orchestre de Paris could not celebrate its half century without the Festival d’Automne, nor could it celebrate music without an original work to premiere, and it will be by Jörg Widmann, a prolific composer, former student of Wolfgang Rihm, and an outstanding clarinetist who has been featured in the Festival d’Automne à Paris since 2005. The concert program also includes one of the traditional pieces in the repertoire of the orchestra, one of its great favorites: La Mer by Debussy, offering eloquent proof that vast dimensions can arise from a quest for evanescence, or, in the words of Claude Debussy: “I can glimpse the possibility of music made entirely of grand lines that would be played in the open air and take flight joyfully above the treetops.” 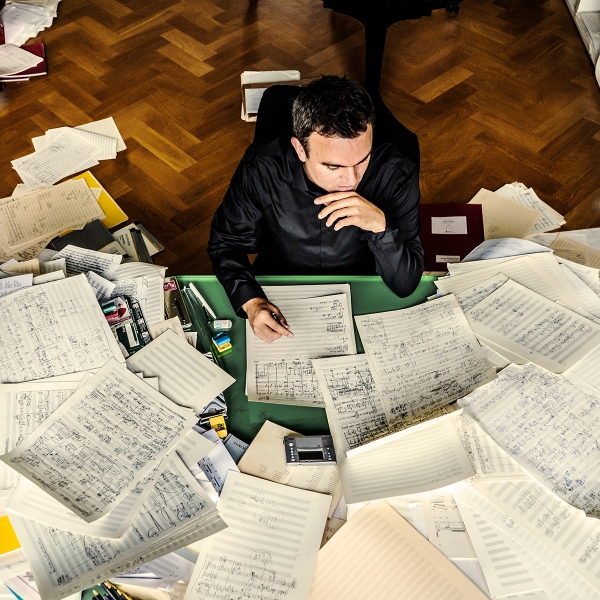 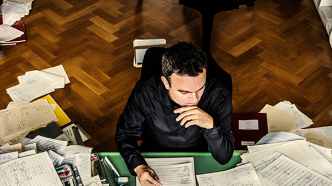 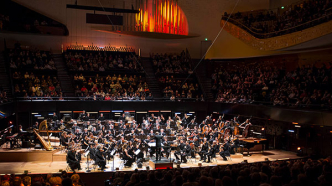 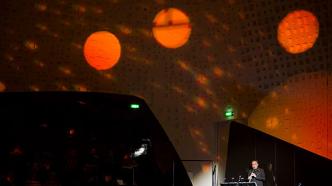 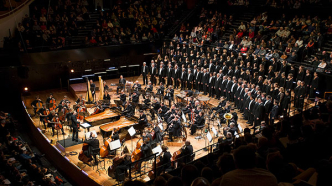