Jérôme Bel (1995), and its anatomy of the show dissects the mechanisms of onstage representation. It exposes the nakedness of the performer’s bodies: as unique subjects, organisms and social constructions - moulded into shape by a story, and depicted by language, gaze and otherness.
In 1995, the choreographer Jérôme Bel brought us Jérôme Bel, a radically pared-down work whichbrought the author one step closer to the hallmarks of his work, and dance to its enabling factors: lighting, music and the body. Twenty two years on, the same observation rings true: “a body cannot be overlooked”. With this “given that” as his starting point, Jérôme Bel sought to find out more. He wanted to pick up on the exchanges, and fluids running though the body. For want of making the body dance, he maps it out: what are its dates, what are its measurements, and what are the signifiers that orientate it? And what stage language can bring home its literal presence? With an economy of means reduced to what language has to say, he serves up a deconstruction of theatrical representation which has lost nothing of its vital impact. 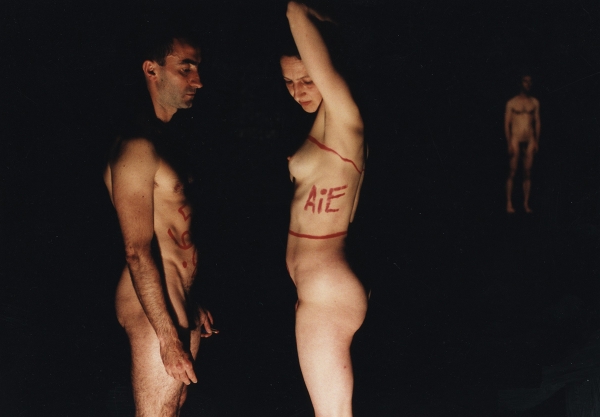