When the American choreographer Meg Stuart and the English author-director Tim Etchells enter into an onstage discussion, what we are left with is Shown and Told. This improvised, collage-like piece is fueled by the diverse practices of the two artists.
One dances, the other talks and vice versa. Is that it? This is certainly not the first collaboration between Meg Stuart and Tim Etchells. This is not the first time we have seen the English theatre artist at work in pieces by the American choreographer, namely Alibi (2001) and It’s not funny (2006). However, what finally prompted them to improvise together was their joint participation in an exhibition-performance orchestrated by Boris Charmatz. In a sparse playing space, with no décor nor music, and without any other scenario than that of the here and now of their encounter, the author writes in response to the dancer’s movements, and the latter then improvises movements in response to his words. But nothing is to stop Tim Etchells from taking the occasional foray into movement and Meg Stuart from speaking out. Over time - the piece was first performed a year ago in Brussels - they have decided upon a number of different stages. However, with the experience in the field of performance that they carry with them, they have endeavoured to preserve the element of surprise and challenge. Alternating between Berlin and Brussels, the dancer Meg Stuart has developed her whole technique on the basis of improvisation. The same applies to Tim Etchells and his company Forced Entertainment, with their unflinching examination into the codes of onstage representation.

Performed in English without subtitles 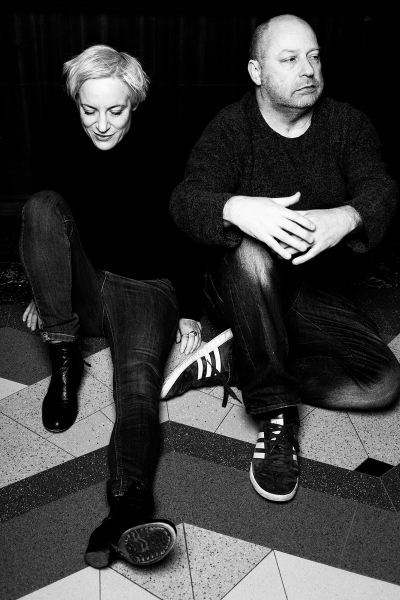