Ever since the 19th century, music and composers have gone back and forth between France and Japan, driven by curiosity for distant and historic elements then expressed anew. The Ensemble Intercontemporain will play works by two composers epitomizing such movements.
Toshio Hosokawa was born in Japan in 1955 and settled in Germany in 1976, but has never abandoned the musical resources of his own land, including ancient music such as Gagaku, as performed at the Imperial Court of Japan, and the music of Noh theater. Hosokawa’s compositions display perfect knowledge of the Western canon, from Bach to Lachenmann, plus his traditional roots so far removed from any Western references. Such movements between traditions produce echoes specific to a composer, as can be seen in the two works by Toru Takemitsu to be performed by the Ensemble InterContemporain.
In the second part of the program, the soprano Kerstin Avemo and the Noh actor Ryoko Aoki, together with the Ensemble, will give the world premiere of Futari Shizuka, The Maiden from the Sea. The word “shizuka” means silence; it is also the name of a flower, or it can be a woman’s name. And Lady Shizuka was the name of a dancer who married a Samurai warrior in the 12th century novel The Tale of Genji. The great 15th century playwright Zeami chose the same story for Noh theater. Centuries later, Oriza Hirata is continuing, as the ghost of the dancer appears in the body of Helene, stranded on an island, distraught at the loss of a loved one.
The distinguished playwright and stage director Oriza Hirata and has been seen in Paris with programs at the Festival d’Automne (e.g. Tokyo Notes in 2008 and Citizens of Seoul in 2016). Here he has joined forces with Toshio Hosokawa to bring Futari Shizuka back to life, and has brought together two different vocal techniques, one from Noh and one from Western opera. When distress fades but only to give way to further distress, poetry is born, and voiced with an obsessive and eerie force. 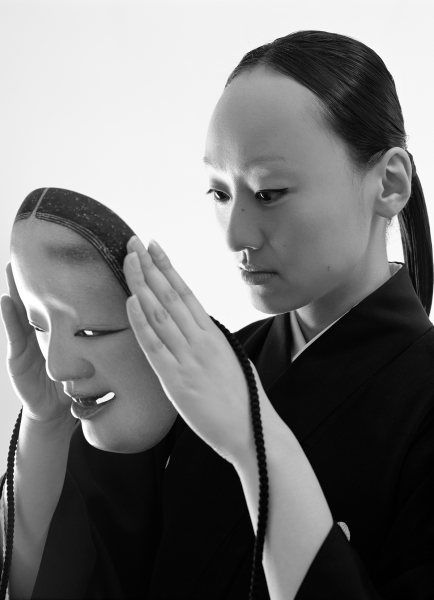