Wolfgang Rihm is a composer and a man who reads, and he has used texts by a number of great literary figures (Büchner, Goethe, Hölderlin, Lenz, Nietzsche, Artaud and Müller), and with fine expression has set them to music and brought them to the stage. For Reminiszenz, Rihm has chosen another radical figure: Hans Henny Jahnn.
Hans Henny Jahnn, who was from Hamburg (1894-1959), was a playwright, novelist, organ builder, baroque music publisher, architect, endocrinologist, and horse breeder, and he was known for his anti-Nazi and anti-nuclear views. Jahnn was a baroque writer and is recognized as a major figure in German literature. In the past, Jahnn was a source of inspiration for the composer Bernd Alois Zimmermann, and now it is Wolfgang Rihm who has turned to this author of ambivalence, of putrefied flesh, who expresses the tension arising when classicism and inventive language are confronted with oppressive anguish. The work is a triptych for tenor and grand orchestra; it was commissioned for the opening of the Elbphilharmonie in Hamburg where it was premiered on January 11, 2017. The movements (Dedication, Reminiscence and Snow) quote texts by Jahnn, the poet Peter Huchel (Chausseen, Chausseen and Gezählte Tage), and, in a final adagio, by the critic Walter Muschg (who, with Jahnn, published extensive interviews).
The concert starts with the Prelude to Wagner’s Parsifal which opens Wagner’s “stage festival play,” ranging between consonant and chromatic tones, and concludes with Mahler’s Symphony No. 1, where, to quote Luigi Nono, “We suddenly find ourselves in the vast scope of an infinite valley breathing in and out.” 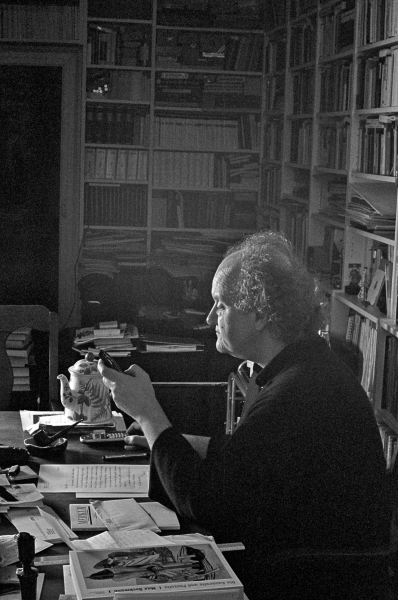