Greeted with widespread critical acclaim by the English press, Alexander Zeldin’s new piece follows an array of characters who find themselves at the mercy of the United Kingdom’s social care system. Love is the play’s common denominator, a last-ditch form of resistance to the long list of humiliations and spiral of decay.

A few days before Christmas, in a sheltered accommodation centre, eight characters waiting to be rehoused find themselves forced to cohabit. The different characters - a man and his elderly mother, a family expecting a baby, or two migrants in transit - become variations on the theme of the family and the links that we nourish with those dear to us. In the shared living space, arguments break out over space on the table, or access to the bathroom. Each of them tries to find their place, and negotiate a bit of breathing space, freedom or tenderness from the others. In the long wait for the various administrative procedures or the rehearsals for a school show, we catch a glimpse of the underlying tensions and conflicts. But we also see their efforts to hang on to their dignity and hopes for a better life. In a highly effective way, LOVE depicts the downward spiral of economic precariousness, and all the instability that goes with it. It shows, in a non-demonstrative way, what is at stake in these different trajectories, the deficiencies in the system of social care and the negative effects of austerity politics. The minimalist dialogues, daily rituals for survival and cavernous silences, make LOVE a powerful piece of drama, from which none of the characters emerges unscathed.
––––––
Running time: 1h30
Performed in English with French subtitles

A coproduction by the National Theatre of Great Britain ; and Birmingham Repertory Theatre
In association with Odéon-Théâtre de l’Europe (Paris) ; and Festival d’Automne à Paris
First performed on 13 December 2016 at Dorfman Theatre (London)

Please telephone directly the theatre booking office or register to the waiting list for shows which are listed as “sold out” on the Festival website.
Odéon-Théâtre de l’Europe - Ateliers Berthier 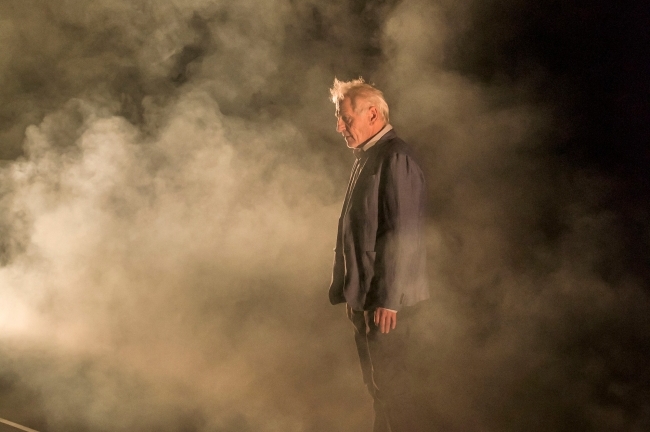