In Rundfunk, Enno Poppe addresses the archeology of electronic music, using computers to rebuild instruments either lost or difficult to program, recomposing the “sound” of the 1960s and 70s.

For Poppe, everything relates to the organic universe: the voices in Holz [Wood] seem similar to lineaments; the dry sounds in Knochen are explained in the title [Bones], while a slow, viscous flow of music conveys the sense of Öl [Oil]. “I like the organic world. I am not interested in the metaphysical level. I am into things concrete. There is already plenty to do with the sound itself.” Poppe’s music is built on cells, starting with simple unicellular units developing, for example, up/down/up, varied, extended, reversed, and set to different tempi. Proliferation is often a deduction from the L-system applied to the modeling of plants. Things organic thus tend towards things mechanical. And technology has often been taken far from its initial purpose. In the composition, the four keyboards produce a “fake orchestra,” while elsewhere old-fashioned synthesizers are used to bring weird and wonderful universes of harmony into existence, featuring 10-tone and 32-tone striations, and clashing chords.
For Rundfunk, Enno Poppe does not dismantle instruments from the past, but rather sounds from the past. The ensemble has nine computers and nine keyboards. The sounds are from the 1960s and 70s: FM synthesis, Minimoog and piganino. Due tribute is paid to the pioneers of electronics: Gottfried Michael Koenig and John Chowning, and also Wendy Carlos and Tangerine Dream. “However, as I do not use any real acoustic instruments, but only computer-generated copies, nothing sounds the way it did at the time. The sound is thus deconstructed and reassembled differently. The piece is made of thousands of atoms. And my music itself is both analytical and spectacular. For the recomposition process in my laboratory, I wear a white lab coat while working.”
––––––
Concert: 1h

Please telephone directly the theatre booking office or register to the waiting list for shows which are listed as “sold out” on the Festival website.
Théâtre des Bouffes du Nord 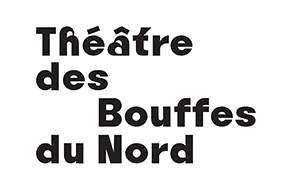