In this performed reading illustrated by video projection, the Cypriot artist investigates, in a meticulous, researcher-like way, the spectacle of death. From the forbidden to the accidental, from tragedies to idealisations, he lists the shapes and forms of an impossible representation that goes beyond the divide between low and high culture.

Christodoulos Panayiotou chooses the performed conference as the format for his exploration into the bewildering question of the relationship between the stage and death. A trained dancer, he was inspired by the opening night of the La Bayadère ballet restaged by Rudolf Nureyev in 1992, already terminally ill. Illustrated by numerous videos accumulated through the years, screened at each of the artist’s birthdays, Dying on Stage reveals for the very first time, in three parts, the entire body of his research material, consisting mainly of extracts from films, operas, concerts, and variety shows. From Pier Paolo Pasolini to Amy Winehouse, taking in Dalida on the way, his reading and its various digressions articulates these “ghost” images into a long monologue punctuated by a dance section from Jean Capeille. In this distancing operation, Panayiotou sets in motion not just the metaphysical dimension of tragedy but also the triviality of the TV show in order to bring home the capacity of onstage representation even to neutralize the notion of mortality. Ultimately, the show can be read as wholehearted declaration of love addressed to the art of the spectacle, which deconstructs the aesthetic hierarchies and brings audiences together in the face of their unique destiny.
In association with this performance, Christodoulos Panayiotou brings us an exhibition that looks into the relationship between time and the institution of the Musée d’Orsay. Drawing up, in counterpoint, a sort of contemporary alchemy, the artist collects fragments from the past that are visible in the museum in order to create new works. In this way, he questions the norms which govern works of art and places linked to the fine arts as a whole. Thus, notions of celebrity and anonymity, splendour and wastage, the individual and the collective will be brought up for question.
--------
Estimated running time for each chapter : 2h30
Estimated running time for the full-length version (chapters I, II and III) : 6h with two 20 minutes interval
French performance

Conceived and devised by Christodoulos Panayiotou
With participation from Jean Capeille (Chapitre 1)
A production by Brave New Media
In association with FIAC as part of Parades festival for FIAC ; Musées d’Orsay et de l’Orangerie (Paris) ; and Festival d’Automne à Paris
Performed in full for the first time on the 14th December 2019 at Musée d’Orsay (Paris), as part of the Festival d’Automne à Paris 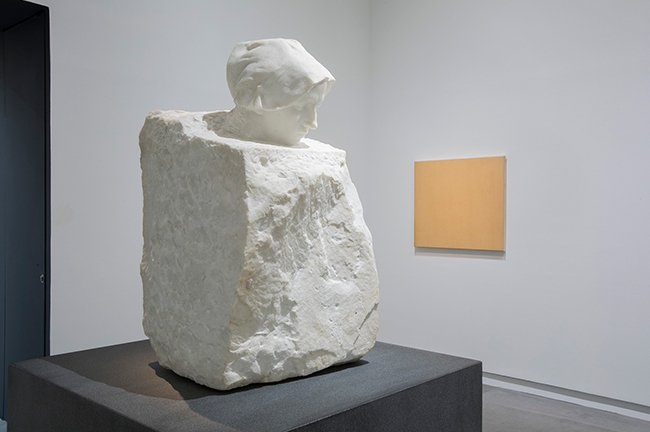