The mission they set about accomplishing was to inspect one by one the words of their mother tongue - “which happens to be French” – as if it was a foreign language. The six inaugural lessons of this “itinerant programme of linguistic astonishment” will be unfolding in a range of venues from amphitheatres to auditoriums.

Given the difficulty of limiting their particular skill set to a definitive formula, what is often said of GRAND MAGASIN is that they do what they say and say what they do. With Grammaire Étrangère, François Hiffler and Pascale Murtin take their quest for the invisible show one step further. From the minute the show starts, the audience are a given a stern warning that: “Everything you are about to hear, you already know”. After having tried their hand, in order to deconstruct in a methodical yet absurdist way the concept of work, or to come to the defence of the trivial grandeur of routine, at the practice of the oratory exposé, the duo now looks in astonishment at the miracle of language which we never realized we had learnt, and focus on the tool which we use to describe things. From one common conception to the next – propped up by quotations, extracts from instruction manuals and whatever else takes their fancy -, the point they make is that “As soon as I am there, ELSEWHERE becomes HERE” or that “I say NOTHING when there is nothing, A NOTHING when there is something”. In their humorous, deadpan way, they open up a series of metaphysical and poetic micro-fissures, their subjects ranging from time and space, genre clashes, labels and the blurred images they leave behind them, to nouns or naming words, some of which are very common indeed.
––––––
Estimated running time for each lesson : 1h10

Please telephone directly the theatre booking office or register to the waiting list for shows which are listed as “sold out” on the Festival website.
Sorbonne Université
Amphithéâtre 25 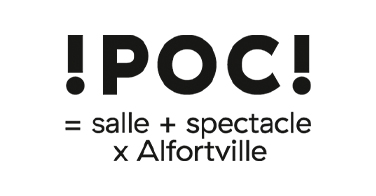