With Ordinary People, Wen Hui and Jana Svobodovà look into communism and how it has affected the lives of ordinary people in their different countries, China and the Czech Republic, respectively. The piece presents us with a dialogue of a sincere, sensitive nature at the crossroads between documentary theatre and dance.

Wen Hui founded China’s first independent dance company, the Living Dance Studio, whilst Jana Svobodovà trained as a classical dancer in Prague before going on to discover modern theatre, prompting her to reflect, through her work, the social reality of her country. The fruit of their encounter is Ordinary People, a show nourished by two cultures which sheds light upon ordinary lives.
If communism came to an end in the Czech Republic with the Velvet Revolution in 1989, at a time when the Chinese regime opted for a policy of evolving with the times, the experience of the two artists and their en route companions opened the door to troubling echoes. Among the different stories that form the backdrop of Ordinary People, we come across that of Vladimir, the 73 year-old Czech pensioner and major fan of rock and roll, who recollects being arrested on numerous occasions because of his desire to carry on dancing, despite the ban on the practice of this “capitalist art”’.
Red, Wen Hui’s critique-based show based on the The Red Detachment of Women, a ballet characterised by its Chinese communist aesthetics, has already toured the globe, including performances in Paris in 2017 at the invitation of the Festival d’Automne à Paris and Théâtre de la Ville. This show sees the choreographer returning to Paris with a documentary format that brings to the stage a mixture of dancers and amateurs in their shared desire to speak, alongside Prague’s Théâtre Archa, of their living – fully embodied – relationship with History.
––––––
Running time : 1h30 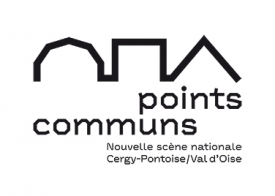