Leonor Antunes the homemaker and her domain

Installed in the chapel of the Ecole des Beaux-Arts de Paris and the Maison André Bloc de Meudon, the sculptures of Leonor Antunes, the Portuguese artist living in Berlin, bring with them the practices of artists, often female, of the XXth century.

Leonor Antunes does not start off from nothing. Inspiration, meaning that which has guided generations of white, male, Western artists “who create the living being from out of nothing” (Linda Nochlin, 1971) constitutes neither her motivation, nor her aesthetic logic. For her, sculpture is the very opposite. It is a collective practice, a collaborative form of manufacturing. She creates interplay between a network of affinities or rather phantasmal capillaries. Their source lies in the shaded, unexplored zones of the XXth century and the ever-deeper research that Leonor Antunes undertakes into them. For this exhibition, she has researched the periods of time (1930-1932) that Michiko Yamawaki, a Japanese woman, spent at Bauhaus and those that Charlotte Perriand spent in Japan (1940-1942, and 1953-1955). Put differently, Leonor Antunes does not work ‘on’ – starting off with an overall view from above – but ‘with’ artists characterised by their eccentric and intergenerational modernity. The path these figures followed reflects a desire to live their lives in an autonomous way and also to find their interdependencies, notably with the local or indigenous customs, materials and modes of assembly. For Leonor Antunes, to work ‘with’ also means to translate, displace, transpose and transgress, in a temporary relation to an exhibition space. This shift leads to an affirmation of both the material presence of the sculptures and also the space that they rhythm, and in relation to which they take on the role of musical score or transition. 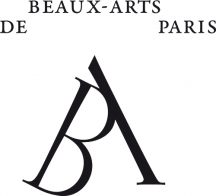