In keeping with his taste for absurdist musical theatre, Christoph Marthaler probes into the writing of Friedrich Hölderlin in search of material for a show in which the agitations and contradictions of the soul are tempered by outbursts of laughter and works of Bach, Schumann and Schubert, at their most soothing. The piece is a lesson in the art of creating disorder, in a thoroughly ordered manner.

In the words of Hölderlin, the beauty of the world is an intrinsic part of the fragility of life. Even those who “sleep like a baby” or who lead “fulfilled lives“ need to face up to the existence of this paradox. The desire to constantly progress and break free of the chains around us come into opposition with the quest for passivity and a stable framework in which to evolve, for there is a side of us which says that we would prefer to remain chained up. Here, Christoph Marthaler’s writing draws as much upon the mood swings of Hölderlin himself as it does the counterpoints of Bach’s compositions. Onstage, four actors and two musicians, squeezed into the corduroys and polyester of 70’s clothing, hesitate as they pick up the cases of their musical instruments. They give voice to the words of the poet on the subject of the lassitude of the world, sense of loss and solitude. Though the Swiss director takes the tragedy of Hölderlin’s writing seriously, he introduces into it – as is his custom – humour. Texts and music seem to waltz according to a chaotic choreography, with things breaking all the time. Tables, chairs, desks… nothing seems to be capable of taking the strain.

1h30
Please telephone directly the theatre booking office or register to the waiting list for shows which are listed as “sold out” on the Festival website.
Théâtre de l'Aquarium - la vie brève 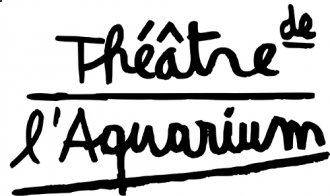