"When people die, they sing songs.” This verse by Khlebnikov is the title of one of Luigi Nono’s major works, a mesmerizing piece composed in the final period of his life. This same breath of life is palpable in Salvatore Sciarrino’s flute pieces and Luzzasco Luzzaschi’s madrigals, composed for the Concerto delle donne at the Duke of Este’s court.

In October 1981, the Warsaw Autumn festival invited Luigi Nono (1924-1990) to compose a “Polish journal.” Two months later, however, General Jaruzelski declared the "state of war.” Luigi Nono, who had not heard from his friends, condemned the military coup and the authoritarian regime’s foreign allies. Then, borrowing from Eastern European—Hungarian, Polish, Russian—poets in a region eager for new beginnings, he composed an apocalyptic piece, at once a lament, a psalm, and a prophecy. “In apocalyptic symbolism, disaster is inextricably linked to redemption.” The taboo of desperation, a weakness of pessimists, emphasizes a timid glimmer of hope for a new chapter, acknowledging those who, in exile, in hiding, in prison, or at work, resisted. By contrast, Luzzasco Luzzaschi’s (1545-1607) madrigals feature plaintive, suave, and virtuosic vocals, and Salvatore Sciarrino’s (1947-) flute pieces are equally focused on sounds: mineral sounds, the noises of living bodies, the breath and blood of life, the sound of music, of an imaginary song, of an adieu, of Mahler’s Song of the Earth.

Please telephone directly the theatre booking office or register to the waiting list for shows which are listed as “sold out” on the Festival website.
Église Saint-Eustache 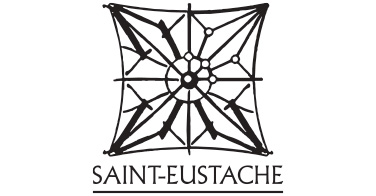