For the best part of a decade, Mohamed El Khatib, the author and director, has been carving out a niche for himself with his investigations into our different sensitivities. The subject of this latest piece is that of the intimacy of our parents. Based on the thoughts of students at the Ecole du Théâtre national de Bretagne, he brings us a vibrant theatrical composition that defies all classification.

The private lives of our parents, a taboo subject which arose during a writing workshop, gave the director the idea of enabling the young actors and actresses to investigate what lies beneath the tip of the family iceberg. Nothing is excluded in this hunt for the different elements of the love story of our parents, ranging from confessions, imitations, childhood memories, wedding photos, and telephone messages, to accounts of passionate encounters - in all their wonderful, sometimes contradictory detail. Investigating, as ever, those areas of our intimate lives where we are all equal, Mohamed El Khatib weaves the different trials and tribulations, fragments of stories, and the unsaid, into a theatrical, chorus-led score, the sparsity of which brings out the authenticity of the onstage actions. This mosaic mirrors a universal reality, that of parent-child relationships. At the same time, it also builds up an affectionate, subtle portrait of an entire generation, that of the 1970’s. Following on from La Dispute, the artist once again gives us more proof of the power of art to create links.

1h
Please telephone directly the theatre booking office or register to the waiting list for shows which are listed as “sold out” on the Festival website.
Théâtre de la Ville - Les Abbesses 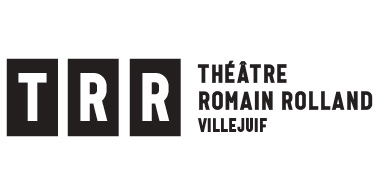