Since his 1994 Vive l’Amour, rewarded with a Golden Lion from the Venice Film Festival, filmmaker Tsai Ming-Liang has been the flagbearer of the second new wave of Taiwan. Along with the release of his new feature film Days in theaters, Tsai presents a previously unpublished exhibition, which includes his entire filmography, at Centre Pompidou.

In 2003, Tsai Ming-Liang authored Goodbye, Dragon Inn, an unforgettable, nostalgic, desperate ode to the power of cinema. In his 11 feature films, multitude of shorts, and televised films, which levitate in an aesthetical vacuum peppered with attempts at redefining the genre, the Taiwanese filmmaker presents his island as a mirage. For nearly thirty years, he has been fetishizing the power of his double, actor Lee Kang-Sheng, a man of few words highlighting the communication breakdown between man and desire—the only way out. This is particularly salient in The Hole (1998), The Wayward Cloud (2005), and Stray Dogs (2013). The filmmaker is now presenting all his films and a once-in-a-lifetime exhibition titled Une quête [A Quest]. For over ten years, Tsai Ming-Liang’s work has placed crafts at the forefront, though it has yet to be exhibited in Europe. A medium for his obsessions, Tsai uses this to address the concept of slowness—which has always been the cornerstone of his work—exacerbated by two years of lockdown. For the first time, he is also releasing the ninth opus of his Walker Films series, which was shot at Centre Pompidou. This immersive experience transcends various media, from film to papier froissé.

Free for Centre Pompidou members, subject to availability and except for opening night and previews 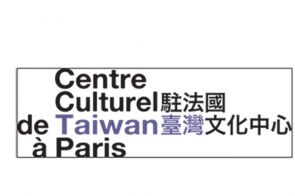