Cloakrooms are spaces in which coats and jacket accumulate at the entrances to theatres, museums and other establishments. That is, those establishments which have decided not to let go of this subtle mark of attention, stemming from the dying art of receiving guests. On condition that they have not been replaced by those ghastly coin or key-operated lockers, cloakrooms are manned by well-meaning individuals who look after our patiently awaiting garments. With the utmost care, they watch over our lifeless doubles, suspended on clothes hangers, in exchange for a number. An impromptu composition falls into place around these clothes hangers, a medium for exquisite still-life images, and on which the limp clothes await.
As part of the Festival d’Automne à Paris, Olivier Saillard and Tilda Swinton have decided to take on the persona of these individuals by attending to each visitor/spectator that has been summoned to deposit the garment of his or her choice. The coats and jackets of varying sizes, as well as the accumulation of scarves and bags, are then paraded on the shoulders of this stage and film actress.
Inside each of them, a reminder of the actress makes itself felt, as she lends herself to subtly altering the shapes according to intimate variations. On the podium, these everyday, ordinary, clothes, take on a new look. As the mirror-image of those that have deposited them, they become an extension of the actress through unique means. Looking withered or filled-out as the case may be, these clothes are the empty bodies with which she dolls herself up, like soft sculptures caught in movement.
Matched, fitted, hemmed but pampered nevertheless, these garments take a journey upstream in the river of fashion and become impregnated with identities, or memories of an instant in time.
The emerging collection, based on acquirement rather than novelty, takes the opposite path from the accepted norms of fashion. Rather than from the podium to the street, it is by going from the street to the podium that these now inhabited clothes have been able to offer themselves the rare luxury of being shown off. Each day, Olivier Saillard and Tilda Swinton create a new collection. No new clothes then, just reinvented ones. At the end of this presentation, each jacket will be returned to its owner, tagged with the reminder of she that, for an instant, wore and embodied it. 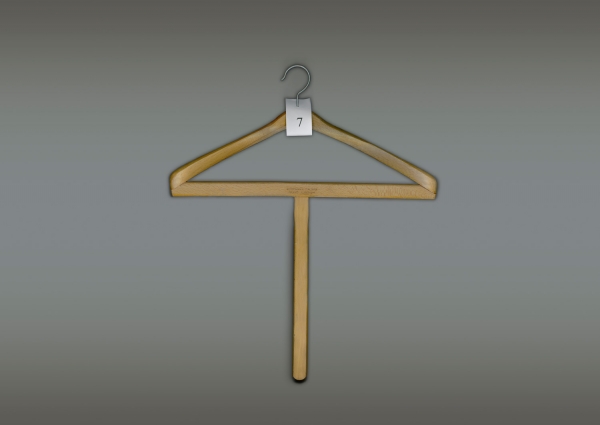