For Double Coquette, Gerard Pesson has inserted thirty-two “additions” to a pre-existing work – supplements, inserts, asides, coda, new instrumentation or harmonies, subtle alterations of the text – and they all seamlessly compliment Antoine Dauvergne’s original La Coquette trompée. The lines between the old and new are blurred, very much in the same way the main character, Florise, must dress as a man to win back the heart of her lover who has been seduced by the charms of young Clarice. The disguise, in a context where boundaries are blurred, fools everyone. In 1753, the Royal Court attended the premiere of Coquette trompée at the Théâtre de Fontainebleau – a comedy of arietta with libretto by Charles-Simon Favart. Critics at the time felt it was a most resounding success. Today, one can easily appreciate the modernity of Antoine Dauvergne (1713-1797) as a pioneer of comic opera, bringing and adapting European galant music to France, modifying its form, expressive subtleties and orchestrations. The galant style was in response to the end of the Enlightenment and created a link between the baroque and classical periods.
Pierre Alferi, whose text was previously brought to life by Gérard Pesson’s music in Sur-le-Champ, wrote additional text for each of the three characters, providing an outward expression of their inner dialogue as they journey through various erotic episodes. His libretto, ultimately replacing that of Favart, is replete with musical directions and provided precious guidance as Pesson’s work took form. The final result: a light comedy with a lively score. This aesthetic blend provided the perfect impetus for costume designer Annette Messager, who previously worked with Gérard Pesson on Rubato ma glissando.
“Parodying opera back in the 18th century was common practice and the comic opera was very much a form of entertainment for the general public. They were shorter in form, mixed mockery with admiration, but gave great insight into the original works – like a measure of success. This is what Pierre Alferi and I have tried to achieve: imitation, change, diversion, side-stepping, about-turns, seamless transitions. Our key words: ambiguity and surprise” (G.P.). 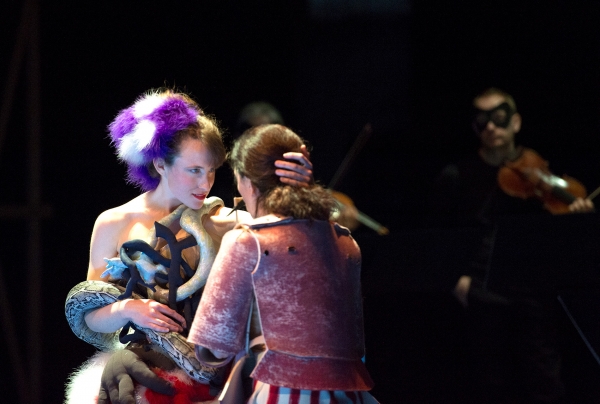 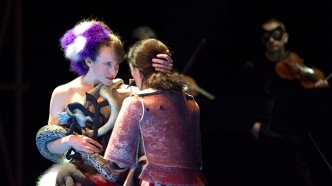 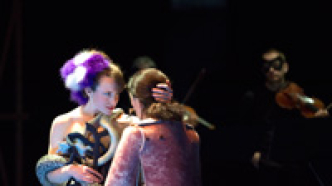