In 2012, Olga Neuwirth was already following in Herman Melville’s footsteps with her work The Outcast – musicstallation-theaterwith video. Le Encantadas o le avventure nel mare delle meraviglie comes to us from “the enchanted isles” – the Galapagos Ilses – that Mellville describes in ten short philosophical ‘sketches’ published in 1854. Here, the desolate volcanic soil of the islands leads to a meditation on turtles, solitude, the power of nature, the ocean’s never-ending horizon, the archipelago’s discovery, the cruel, desperate lives of those who chose to live there… Melville was the first to remark that there was no chance of expansion or escape, and so, no chance of an American Utopia. As such, the work attempts to replace the real space with a dynamic environment, a “hyper-architecture of desire”.

The journey for an unfathomable sea took Neuwirth to Venice where she then lived for a number of years. True, the dialogue between the lagoon and the architecture can be heard in Saint Mark’s – the acoustics of which have inspired many composers since the time of Gabrieli and Monteverdi – and yet, between the Basilica and the Arsenal lies San Lorenzo: a musical centre during the Renaissance connected to the Benedictine monastery where Marco Polo is buried. It was where Luigi Nono premiered Prometeo in 1984. For the event, Renzo Piano built a wooden arch for the audience to sit under. However, due to poor maintenance, public authorities were forced to close the building off to the public. Olga Neuwirth, having attended Prometeo, visited the church in 1997 and more recently again. She is fascinated by the space, the clear reverberations, the hushed sounds, the low rumbles, the creaking, and the cries that come from outside, “like a boat at sea”. It is the very acoustic she aims to recreate on stage using electronics.

The world of Encantadas is labyrinthine – an archipelago – where music fills in the cracks and gaps of virtual space. “An ‘ark of dreams’ travelling through space and time, from one island to the next, over rough seas”. Why? “It’s not a coincidence that Thomas Moore’s utopia was on an island, surrounded by sea. It was the epitome of isolation and cutting of all ties. A place, the indeed exists, but one that no one knows about – it has not yet been discovered and is on no map” (O. N.) 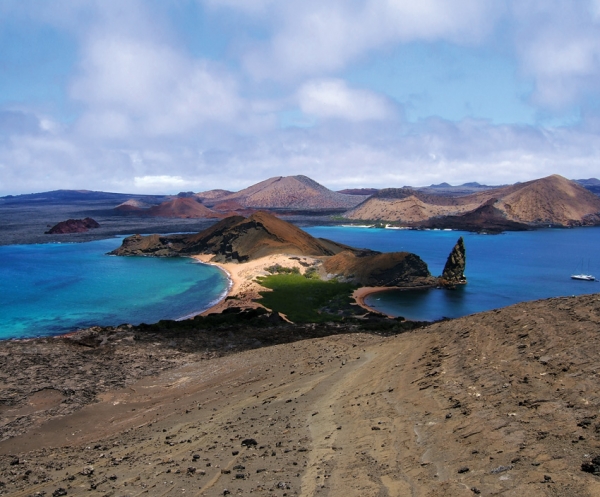