As part of the ‘Unsuk Chin’ series presented by The Festival d’Automne, the first three concerts provide an opportunity to discover the composers major works – for orchestra, ensemble, and chamber orchestra – as well as György Ligeti’s Sonata for Solo Cello, Debussy’s Sonata for Cello and Piano, and two recent French works from the new generation of Korean musicians.

Unsuk Chin’s concerti – for cello and for piano – breathe new life into the genre. In the first movement of her concerto for cello, with its virtuosic melody line, one can hear the aniri concept borrowed from pansori, where singing lines give way to speech. The soloist plays as if reading a story. Four excerpts have been taken from Gougalon – Scenes from a Street Theatrefor ensemble: Prologue – Dramatic Opening of the Curtain; Lament of the Bald Singer; The Grin of the Fortune Teller with the False Teeth; and Dance around the Shacks. Seven other scenes from Akrostichon-Wortspiel, based on Michael Ende’s Neverending Story and Through the Looking Glass by Lewis Carroll: delicately micro-tonal, this work flows through a range of emotions, from the beautiful to the grotesque, and shows a love of games: acrostic poems, where the first letter of each line reveals a name or word – a hidden meaning. The suite from Chin’s opera Alice in Wonderland, snagS&Snarls delves once again into the work of Lewis Carroll – “the first surrealist”.

Rocaná (Sanskrit for ‘room of light’) was inspired by The Weather Project and Notion Motion by Olafur Eliasson, transforming the orchestra into an “illusion machine”. Cosmigimmicks is a pantomime, embracing “both the sublime and the low in an often baffling mixture of ritual and nonsense, of street and high art, of madness and contemplation, of the tragic and the roughly comical”.

Jointly produced by Radio France and Festival d’Automne à Paris
In collaboration with the Nieuw Ensemble / Muziekgebouw aan’t IJ Amsterdam
Performance organised as part of l’année France-Corée 2015-2016 // www.anneefrancecoree.com
The concert will be recorded by France Musique 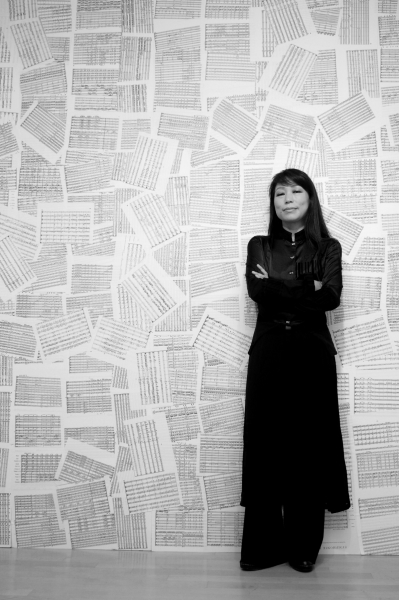 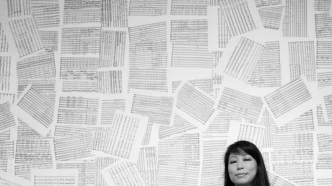