When he died in 2014, the composer Robert Ashley left behind a vast body of work of which he had been the principal performer. His instrument of choice was the voice, or more precisely, his fluid way of speaking that was between the spoken and sung word. In his posthumous work Quicksand, his voice, reduced to a mere recording, becomes the central element.
The ‘opera-novel’ project first took on the unexpected form of a spy novel Ashley wrote and published in 2011. Then in 2014, as his health deteriorated, he decided to record himself reading the text out loud, handing over production responsibilities to former colleagues and old friends: composer Tom Hamilton for the ever-changing electronic soundscape that was to accompany the voice, choreographer Steve Paxton and lighting designer David Moodey. Music, dance and light are three stand-alone elements in this work: 16 choreographed sequences, 16 lightscapes and 48 musical episodes, all joined in one overarching performance devoid of any clear, underlying plot. The three-hour long work revolves around a voice telling the journey of an opera composer involved in the overthrowing of a Southeast Asian military dictatorship. Though the fiction style lends to some larger-than-life aspects, a number of self-reflective elements become somewhat apparent, as if the composer were having one last look back at his body of work. When one of the characters asks what his operas are about, he replies, “It’s hard to say. It’s like people telling stories.”

Produced by Performing Artservices, Inc at The Kitchen (New York) // Jointly produced by the Théâtre de la Ville-Paris and the Festival d’Automne à Paris // As part of Tandem Paris-New York 2016 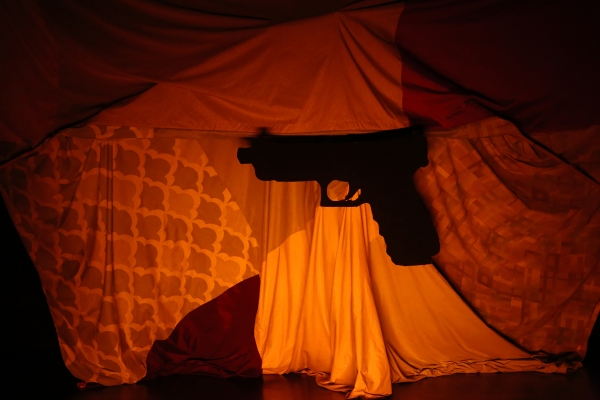