The exploration of music and space is the central line in Rebecca Saunders’ work, and can be seen since her installation, Chroma, at the Tate Modern in 2003.
This autumn, the challenge has been to devise a composition that would work in two very different venues: the Chamber Music Hall at the Berlin Philharmoniker, and the church of Saint Eustache in Paris. The composer explored both, studying site plans, taking photographs, walking around, first by herself, then with a technical crew testing all the different corners and angles. If she could get her composition to work in two such venues with radically different acoustic conditions, then it would work anywhere and everywhere. The central part of the composition is scored with conventional notation and performed on a central stage. Before and after, the musicians move around, playing “modules” that combine to form a musical collage following a timed plan set down as a diagram. In the distance, a dialogue between two pianos accompanies the soprano’s rendition of Molly Bloom’s soliloquy from Ulysses by James Joyce. In the past the novel had already been a source of inspiration for Rebecca Saunders, and twenty years later she came back to it, adding the experience of her “spatial transcriptions.” She has grasped the explosive prose and the radical use of sensuality as a theme; she has perceived different movements of energy and thought emerging and fading, a certain texture in the quotations, the narration and ideas as they wax and wane. Her reading of James Joyce has become music. 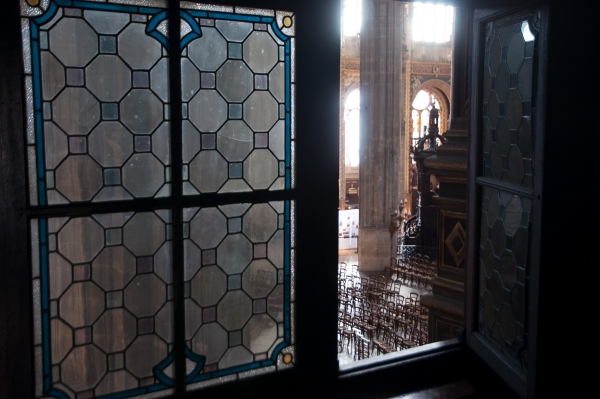