Using archive material and documentary inquiry as her starting point, Émilie Rousset’s performative research projects explore the theatrical potential present in the gap between original document and its representation. For the first time at the Festival d’Automne, two shows bear witness to this work, of which humour is an essential component.

In the company of the film-maker Louise Hémon, Émilie Rousset has been creating, since 2015, the “Rituels” series, an evolving collection of films and performances which probe the rites of our society by drawing upon the respective codes of theatre and documentary cinema. Le Grand Débat, their fourth collaboration, recreates a televised debate in preparation for the second round of the presidential elections, comprising a collage of archives from debates taking place between 1974 and 2017. The mechanism of the TV studio set and the codes of the live broadcast are brought to the stage. Sat opposite each other at a table, two actors Emmanuelle Lafon and Laurent Poitrenaux, reenact these fragments before the eyes of the audience and the cameras. This final debate, a mixture of rhetoric and adrenaline, has a filmic language all of its own, in addition to its own editing principles, decor and media-based history. With its extremely codified rules, this event is a true ritual of modern times. But is it a ritual for democracy or for the television? The dividing line is a very fine one indeed.
––––––
Estimated running time: 1h05

Please telephone directly the theatre booking office or register to the waiting list for shows which are listed as “sold out” on the Festival website.
Théâtre de la Cité internationale 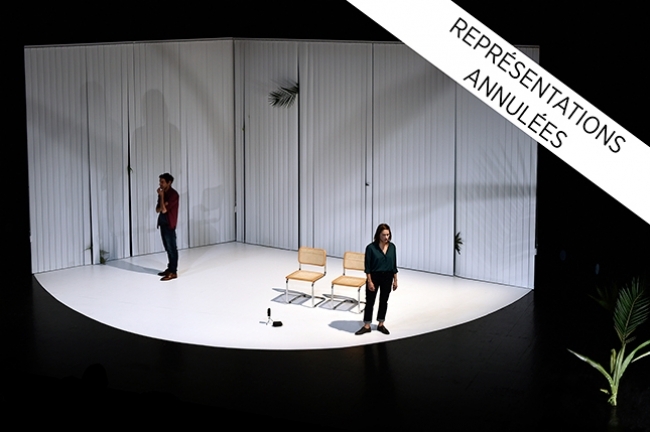 An encounter with Pierre Pica