Loosely based on Jean de la Ville de Mirmont’s unique, brief and only novel, this one-person show written and performed by Lionel Dray uses the ambivalent figure of the clown to explore a life of no particular use with no past nor future. A life in the present brimming over with tortured enthusiasm.

In pride of place on the flowery walls of Monsieur Dézert’s kitchen hangs a plate decorated with the following proverb: “Faute de soleil sache mûrir de glace” (which roughly translates as “If the sun is lacking, then learn how to ripen in the ice”). As for Monsieur Dézert, he matures, resigned to his life as an office worker, neither happy or nor unhappy but in his rightful place, invisible to the world. His head in the clouds, he patiently waits for death to take him off to pastures new, a tragi-comic evocation of his abdication in the face of his existence. Lionel Dray’s intention is not to stage the novel word for word, but rather to capture its disenchanted humour. In doing so, he embarks us on a journey through cinema, a game contest, the apocalypse, hyenas, melancholy and the soul. In close physical and emotional proximity to the audience, Lionel Dray takes on the voices of all those waiting in the line at the audition organised by the local journal; who will be chosen as the film-maker for the adaptation of Mirmont’s novel?
––––––
Estimated running time : 1h10

Please telephone directly the theatre booking office or register to the waiting list for shows which are listed as “sold out” on the Festival website.
Théâtre de l'Aquarium 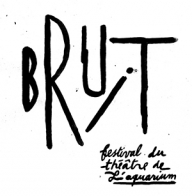