As part of the Merce Cunningham portrait, Théâtre de la Ville brings us a weekend of films and conferences.

Théâtre de la Ville is organising a weekend dedicated to cinema, a medium which occupied a central place in the elaboration of Cunningham’s choreographic art. Along with the screening of various documentaries and an immersive film in 3D, there will also be conferences and numerous solos. Together they will enable audiences to gain a deeper insight into his life and work – in terms of its shapes or forms and its modes of composition. This weekend also provides the opportunity to look once again at the work of the filmmaker Charles Atlas, and his invention of a cinematographic syntax capable of registering the flow, speeds and changes of direction in this decentered dance.
–––––– 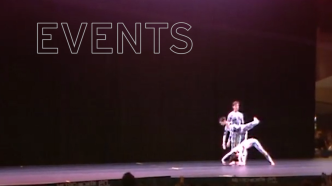