The challenge laid down by Forced Entertainment is to present a complete works of Shakespeare, consisting of intimate, gently comic summaries of each piece. Sitting at a table, and with the aid of a few props, one actor at a time from the UK collective renders up the various dramaturgical intrigues in highly original ways.

Where the prince usually sits, we find a vase. And the king and queen have been replaced by salt and pepper pots. In Complete Works : Table Top Shakespeare, the director Tim Etchells brings Shakespeare alive before our very eyes using a couple of square inches of bare table-top. Each of the great English master’s thirty-six works is resumed in less than an hour. The approach is a highly informal one, with an actor manipulating everyday objects in the place of puppets. In their thirty or so years of existence, Forced Entertainment has never delved into Shakespeare. Real Magic, presented at the 2017 edition of the Festival d’Automne gave us our first taste of the work of this Sheffield-based company. Its approach is a unique one, never ceasing to entertain but also posing questions about language and its limits at the same time. From Macbeth to A Midsummer Night’s Dream, taking in Shakespeare’s lesser known works en route, Forced Entertainment’s latest production calls upon the audience’s imagination. How can we summon up theatrical illusion with next to nothing? Dividing up the various comedies, tragedies and historical plays between them, the six actors conjure up the magic of the different works using the power of the spoken word, making them accessible to all. Come and rediscover a bit of Shakespeare, or a piece, to be more precise. One, two, ten, or all thirty six of them, in fact, in miniature format.
––––––
Performed in English 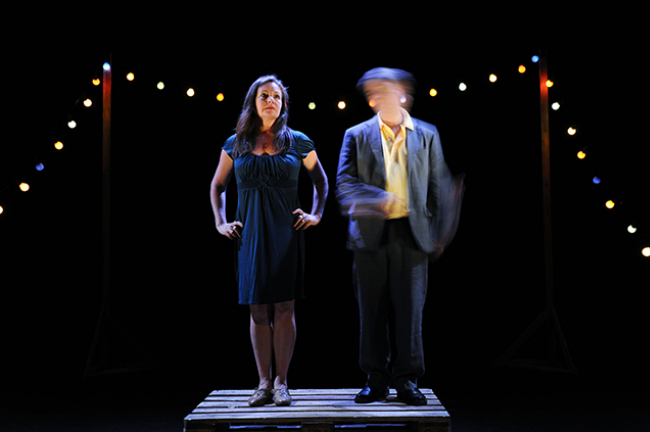 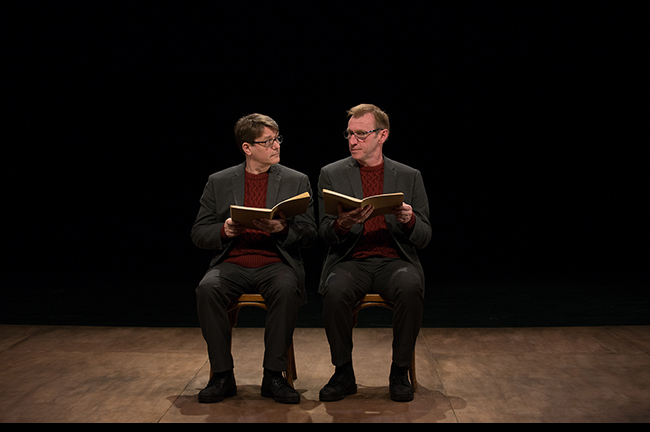 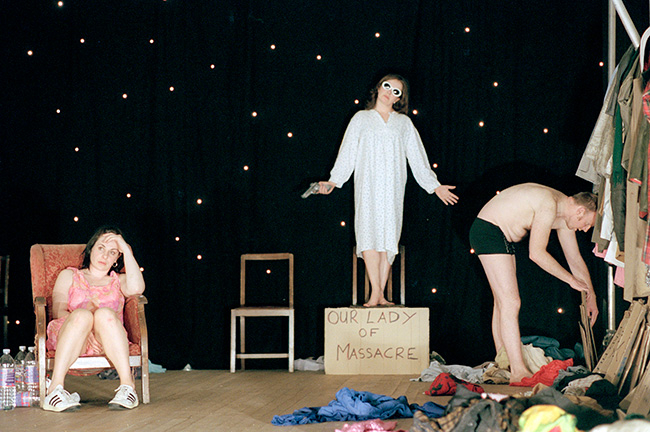 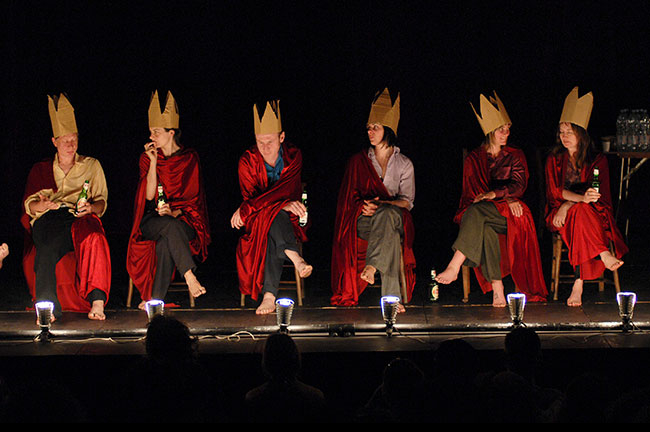