Alexander Zeldin’s internationally-acclaimed piece follows an array of characters who find themselves at the mercy of the UK’s social care system. Love is the play’s common denominator, a last-ditch form of resistance in the long list of humiliations and spiral of decay.

A few days before Christmas, in a sheltered accommodation centre, eight characters waiting to be rehoused find themselves forced to cohabit. The different characters - a man and his elderly mother, a family expecting a baby, and two migrants in transit - become variations on the theme of the family and the links that we nourish with those dear to us. In the shared living space, arguments break out over space on the table, or access to the bathroom. Each of them tries to find their place, and negotiate a bit of breathing space, freedom or tenderness from the others. In a highly effective way, LOVE depicts the downward spiral of economic precariousness, and all the instability that goes with it. It shows, in a non-demonstrative way, what is at stake in these different trajectories, the deficiencies of the social care system and the negative effects of austerity politics. The minimalist dialogues, daily rituals for survival and silences, make LOVE a powerful piece of drama, from which none of the characters emerges unscathed.

Please telephone directly the theatre booking office or register to the waiting list for shows which are listed as “sold out” on the Festival website.
La Commune CDN d’Aubervilliers 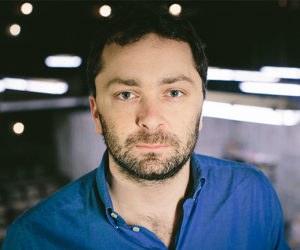 Alexander Zeldin is a writer and director for theatre and film. He made work in South Korea, the Middle East and Russia as well as at the Naples Festival, before, between 2011-2014, developing a number of his own works as a teacher at East 15 Acting School. At this time, he also worked as an assistant director to Peter Brook and Marie-Helene Estienne. His critically acclaimed play BEYOND CARING had its World Premiere at the Yard Theatre in Hackney in 2014, before transferring to the Temporary Theatre at the National Theatre in 2015. BEYOND CARING toured the UK and a new US production, re-developed for the US by Alexander and produced by Lookingglass Theater in conjunction with David Schwimmer’s company Dark Harbor Stories, opened in Chicago in April 2017. In 2015 Alexander was the recipient of the Quercus Trust Award and was appointed as Associate Director at Birmingham Repertory Theatre.