In this joyous, thought-provoking piece, François Gremaud and Victor Lenoble present audiences with a deserted stage, thereby calling upon the use of the imagination. Instead of actors or actresses, we are presented with two loud-speakers which relay a humorous, incisive dialogue. A celebration of theatre.

In Pièce sans acteur(s), François Gremaud and Victor Lenoble continue the conversation they initiated with Partition(s) in 2016, and which led audiences on the serpentine-like path of the process of creation, a never-ending and constantly changing journey. Prior to embarking on this joyous and poetic adventure, the two authors asked themselves the same, seemingly far-fetched, question: would it be possible to make a piece of theatre with no actors or actresses in it? Without wishing to spoil the answers they come up with, and the way they are brought to the stage, the answer is a categorical one: yes, it is possible. More than anything, it is perhaps because the work of the imagination, this place which is open to words and images of all sorts, is something that authors and audiences have in common. Onstage, we are greeted with – a priori – nothing, except for a pair of loudspeakers. In reality, however, the opposite is true. A whole, poetic world is contained with the folds of the piece, along with all its surprises. Its deployment is guided, to exhilarating effect, by the ensuing conversation and many repercussions it produces, thereby setting up the possibility of theatre as a possible alternative to the spectacular. The piece reinforces the notion of theatre as a place for experimentation into the downsizing of means, but without losing any of its pleasure or ability to make us think. 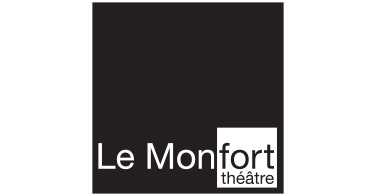